Tesla CEO Elon Musk blamed the electric carmaker’s dependence on industrial robots for throwing it into “production hell” four years ago, claiming that people were better at some roles.

What a difference a generation can make.

According to job advertisements, Musk’s Texas business is now floating grandiose ambitions to deploy thousands of humanoid robots known as Tesla Bot or Optimus within its facilities, eventually spreading to millions throughout the world. According to a person familiar with the situation, buzz is growing within the firm as Tesla has more internal talks on robotics.

According to robotics specialists, investors, and analysts questioned by Reuters, Tesla confronts skepticism that it can demonstrate technology advancements that would justify the expenditure of “general purpose” robots in factories, homes, and elsewhere.

To succeed, Tesla will need to demonstrate robots doing a variety of unscripted acts, according to Nancy Cooke, an Arizona State University professor of human systems engineering. Such evidence might help Tesla stock, which is down 25% from its top in 2021.

“He’s already done if he only gets the robot to stroll around or the robots to dance.” “That’s not very spectacular,” she admitted.

On September 30, Musk said that Tesla will show a prototype from its project Optimus, a reference to the strong and benign commander of the Autobots in the Transformers series. According to him, production might begin next year.

Longer term, Musk stated in a TED Talk that robots may be employed in households to make supper, mow the lawn, and care for the elderly, as well as being a “buddy” or “catgirl” sex companion.

According to Musk, the robot industry may someday be worth more than Tesla’s automobile income. Musk is now pitching a vision for the firm that goes well beyond developing self-driving electric vehicles.

Honda Motor and Hyundai Motor’s Boston Dynamics subsidiary have been working on humanoid robots for decades. The robots, like self-driving automobiles, struggle with unanticipated scenarios.

“Self-driving automobiles have not proven to be as simple as anybody imagined. “And it’s the same way with humanoid robots to some extent,” Shaun Azimi, the leader of NASA’s Dexterous Robotics Team, told Reuters.

“It’s really tough to remain adaptable and resilient in the face of unforeseen developments.”

Musk predicted 1 million robotaxis by 2020 during a “Autonomy” presentation in 2019, but has yet to create such a vehicle.

Experts argue that while Musk’s robots may be able to display basic capabilities during the event, they will struggle to meet public expectations of robots that are as competent as humans.

Tesla did not reply to Reuters’ request for comment, but Musk has already proven naysayers wrong, launching the electric vehicle industry and establishing SpaceX, despite occasional product delays.

According to Musk, Optimus will initially undertake monotonous or risky tasks such as transporting parts around plants.

Musk admitted that humanoid robots lack the ability to traverse the real world without specific instruction.

However, he believes Tesla can use its expertise in AI and essential components to design and mass-produce smart, low-cost humanoid robots.

When questioned about adjustments to what it calls Full Self-Driving beta – a test version of its new autonomous driving software – he tweeted on Monday that its Autopilot team is simultaneously working on its Optimus robot.

Tesla is on the lookout for employees to work on humanoid bipedal robots, with roughly 20 job posts on “Tesla Bot,” including positions for creating crucial robot elements such as “actuators.”

“The code you will build will at term run in millions of humanoid robots throughout the world, and will thus be held to high quality standards,” according to one of the job advertisements.

Over 2 million Tesla vehicles are now on the road.

According to Jonathan Hurst, chief technology officer at Agility Robotics, a humanoid robot company formed in 2015, the technology is “right now starting to turn the corner.”

“Certainly, a key measure of success is whether or not they earn money from it,” he said of Tesla’s humanoid robot efforts, according to Reuters.
Analysts see pageantry rather than goods. “It’s all part of diverting consumers and offering them the next shiny item to chase after,” said Sam Abuelsamid, an analyst with Guidehouse Insights.
“Investors aren’t overjoyed about Optimus,” said Gene Munster, managing partner of Loup Ventures, which owns Tesla shares. “It’s simply such a tiny chance that it works at scale,” he says, adding that it is “infinitely more difficult than self-driving automobiles.”

Then there’s Musk’s own manufacturing experience with robots.

During the 2018 production hell, Musk especially mentioned the “fluff bot” difficulties, an assembly robot that failed to accomplish simple jobs that human hands can do, such as picking up particles of “fluff” and depositing them on batteries.

He said that the expense of having technicians maintain the complex robot outweighed the cost of engaging someone to execute the assembly.

What do you think of Elon Musk’s Tesla robot? Let us know in the comments below.

The housing sector in the United States is in a “deep recession,” according to economists, as homebuilder confidence falls. 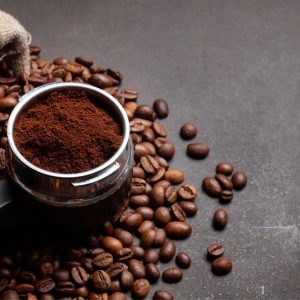 Listen to this article now Six out of every ten Americans consume coffee every day, whether it’s a morning necessity...