So what does the new budget entail? Most of the details are still yet to be resolved. However, the priorities of the party include an expansion of medicare benefits, more funding for public education and childcare, funding to increase efforts in abating climate change, and a major increase in the size and scope of our current Social Security system.

The bill is also expected to include tax increases on corporations and the rich; sticking to Biden’s pledge to not raise taxes for those earning less than $400,000 a year. The plan is expected to include funds for a major expansion of the IRS. But those tax provisions could be a stumbling block that ultimately results in a smaller package, as tax increases are reduced, or the Congressional Budget Office determines that revenues will fall short of estimates.

The long term effects of the spending are not the only cause that many in Congress are concerned about. Critics are already doubting that even the Democrats will all agree to this deal, as moderates doubt the Government’s ability to fund it. It is not currently expected to win any support from the Republican party due to similar doubts, as well as the size of the projected spending.

Despite the apprehension, Biden plans to persist in what The Washington Post has called “a massive expansion in the size and power of the government”. It will allow the Democrats to enact trillions in spending on a variety of projects for the next ten years. In the coming weeks, details will be hammered out, and we as Americans will be able to see more fully the scope of this deal.

What do you think of Biden’s $3.5 trillion spending deal? Let us know down in the comments.

Should You Quit Your Job and Start A Business?

Apple Pie App Lets Teachers Connect, Get Advice, And Have Some Fun 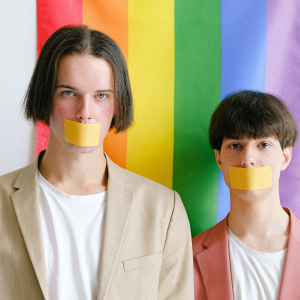 How To End LGBTQ+ Discrimination In The Workplace

Listen to this article now Is your workplace a welcoming, safe space for LGBTQ+ employees? As of June 15, 2020,...