Sephora has ran stores within JCPenney since 2006. However, there has been animosity between the two brands for a while now. When JCPenney filed for bankruptcy in May 2020, Sephora attempted to pack their bags and leave the department store. After JCP sued, the two came to an agreement where Sephora would be faced to finish out their contact until 2023. After this settlement, it was not smooth sailing for the business partners. Sephora has partnered with a JCPenney competitor, Kohl’s, and will begin opening up shop between now and 2023. Kohl’s and Sephora have announced there will be 850 in-store locations by 2023.

Sephora has been one of JCPenney’s most successful product over the past two decades. Especially coming out of bankruptcy, this is not good news for the department store. They have announced that they are making strides in creating a new beauty store within their store to cut their losses. However, losing a company with as much name recognition in the beauty world as Sephora will definitely hurt the company.

While unhappy with JCPenney, Sephora looks to open new in-store shops because of the convenience it offers consumers. Being located in a place where a lot of women already shop has broad appeal. For the women doing the shopping, it offers one-stop shopping. For Sephora, a department store is ideal for this because consumers will already be in the store shopping for clothes, appliances, and home goods. Additionally, Kohl’s are located within suburban strip malls, which offers something new to Sephora’s business model. Since Sephora and JCPenney are typically located within urban areas, Sephora will be able to reach even more consumers.

While this appears to be nothing but good news for Kohl’s, their value has dropped 30% in 2020. Today, their worth sits at 6 billion dollars. Comparatively, their competitor, Target, is skyrocketing in value. Target is now worth 90 billion dollars. Of course, as Sephora moves in, it will bump up Kohl’s value. However, as GREY Journal reported, Target is also advancing their beauty market. In November it was announced that Target partnered with Ulta. Ulta’s in-store shops are projected to pop up in Target much quicker than the new Sephora ones. Especially considering Ulta does not have underlying contract problems.

As these stores-within-stores become more expansive, it seems many companies are anticipating a new wave of consumers not wanting to travel to multiple stores, especially with most products being readily available online. Not only does online shopping play a major role, but the pandemic, as well. Post pandemic, companies must start asking themselves how much in-person shopping will actually occur.

What are your thoughts on the new Sephora-Kohl’s partnership? Let us know down in the comments.

Traditional Publishing VS Self-Publishing: Which Is Best For You?

Do Benefits Still Outweigh The Cost Of Starting A Business In Big Cities? 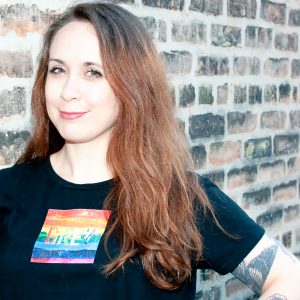 The Executive Turning Realtors Into Trailblazers