Inflation eased slightly in October from the punishing levels seen in recent months, but high prices continued to put pressure on American households even as the Federal Reserve works to reduce them.

The Consumer Price Index — a closely watched measure of the cost of everyday goods and services — rose 7.7% in October compared to the same month a year ago. According to the Bureau of Labor Statistics, prices increased 0.4% month over month in October.

The 7.7% increase was the smallest 12-month increase for the Consumer Price Index since January, indicating that the Fed’s efforts are bearing fruit.

Reduced prices for used cars and trucks, medical services, clothing, and airline tickets all contributed to the improved October reading.

In terms of expenses, consumers are still under pressure. Food prices increased 10.9% year on year in October, a smaller increase than in the previous month but still a significant challenge for shoppers.

The shelter index, which measures housing costs, has risen by 6.9% in the last year.

Before the announcement, economists predicted that annual inflation would fall to 7.9%, from 8.2% in September. They predicted that prices would rise 0.6% from September to October.

The decrease in inflation was viewed as a positive development for stocks. The Dow futures rose nearly 800 points as a result of the better-than-expected October result, while the Nasdaq was up nearly 500 points and the S&P 500 futures rose more than 100 points.

Nonetheless, the stock market’s rise could be interpreted as “yet another triumph of hope over reality,” according to John Lynch, chief investment officer at Comerica Wealth Management.

While gas prices have dropped since reaching all-time highs earlier this year, Americans are being crushed by significant increases in grocery store aisles and while paying their monthly rent bills. The economic downturn has changed shopping habits and will be a factor for those planning to host Thanksgiving dinner in November.

The October CPI report is regarded as a critical bellwether for the Fed as it attempts to address rising inflation without sending the US economy into a tailspin. This year, Fed policymakers have implemented a series of supercharged interest rate hikes, with more expected in the coming months.

Fed Chair Jerome Powell hinted earlier this month that the central bank could slow the pace of rate hikes as soon as its December meeting. Simultaneously, he stated that the Fed was unlikely to pause its policy tightening efforts in the near future.

“We still believe there is a need for ongoing rate increases, and we have some ground to cover here, and we will cover it,” Powell said.

Investors are skeptical that the Fed will abandon its hawkish stance.

The market was pricing in a 52% chance that the Fed will implement a smaller half-point interest rate hike and a 48% chance that policymakers will hike by three-quarters of a point for the fifth consecutive meeting in December as of Thursday morning.

What do you think of that situation with inflation slow down in October? Please let us know in the comments. 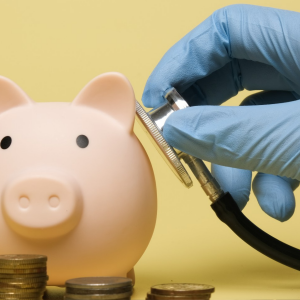 How To Give Your Business A Financial Checkup

Listen to this article now The key to running a successful small business is actively managing your businesses’ finances. While...