The Labor Department’s Consumer Price Index, a frequently watched gauge of the expenses of goods and services, rose 0.4% in September compared to August, more than experts predicted.

Core inflation, which excludes volatile food and energy costs, rose to 6.6% in September from 6.3% in August. The yearly core growth was the highest since August 1982. Core prices grew 0.6% month on month.

According to Dow Jones statistics, experts projected the September CPI report to show a monthly increase of 0.3%, up from 0.1% in August. Consumer prices were expected to rise 8.1% year on year, a decrease from the previous year.

In September, food costs remained a major source of financial distress for US consumers. The food index grew 11.2% over the same month last year, or 0.8% over August.

According to the Bureau of Labor Statistics, the shelter index, which includes rent, increased 6.6% and accounted for more than 40% of the increase in core inflation. The owners’ equivalent rent index increased by the most in a month since June 1990.

“Increases in the shelter, food, and medical care indexes were among the most significant drivers to the monthly seasonally adjusted all-items rise.” These gains were countered in part by a 4.9 percent drop in the fuel index, according to the BLS.

The September CPI report is a crucial data point that will be evaluated by the Fed when it meets on November 1-2. A strong September jobs data issued a few days earlier confirmed the Fed’s aggressive policy position.

The year-over-year CPI is expected to “stay high until the end of the year,” according to Mark Hamrick, senior economic analyst at Bankrate.

Despite rising market concerns that tightening policy could precipitate a worldwide recession, Fed Chair Jerome Powell and other central bank policymakers have maintained that additional interest rate rises are required to contain inflation.

JPMorgan Chase CEO Jamie Dimon, for example, cautioned this week that a mix of obstacles, including inflation and the Russia-Ukraine war, was creating a worldwide downturn.

“These are very, very significant things that I believe are likely to drive the US and the globe — I mean, Europe is already in recession — and they’re likely to put the US in some form of recession six to nine months from now,” Dimon told CNBC.

Gas price relief might be fleeting. The national average gas price began to increase again in September, breaking a three-month drop. Fears of another increase were heightened after OPEC and its partner Russia decided to cut oil supply against opposition from the Biden administration.

Months of high inflation readings have weakened the purchasing power of American workers. According to Dallas Fed analysts, Americans have endured their greatest effective salary drop in 25 years under the Biden administration, as reported by The Washington Post.

Last week, Fed Governor Lisa Cook stated that inflation has been “slower than I had anticipated.” She remarked that current economic conditions “would very certainly need further rate rises and subsequently a period of policy restraint.”

According to the Fed’s current predictions, interest rates will be raised again before the end of the year.

Meanwhile, former Treasury Secretary Larry Summers recently cautioned that the US unemployment rate would likely need to climb to 6% in order for the Fed to effectively combat inflation, implying that millions of people would lose their jobs.

Prior to the September CPI announcement, investors were pricing in an 86.8% chance that the Fed will raise rates by three-quarters of a percentage point for the fourth consecutive meeting. According to CME Group statistics, the market saw a 13.2% possibility of a lesser half-point increase.

What do you think of that inflation surge? Please let us know in the comments.

Candy prices have risen 13% to record highs ahead of the Halloween season. 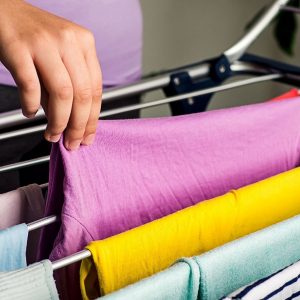