There’s a tale to tell today. It’s not the type of story you imagine. We don’t mean to disappoint. We’re discussing ghost kitchens today. They are essentially restaurant kitchens that accomplish their magic as delivery-only food works its magic. They’re essentially restaurant kitchens without a dining area. You may even have eaten food made in a ghost kitchen without realizing it if you’ve ordered food through DoorDash or GrubHub.

According to QSR magazine, kitchens have been around for decades in one form or another. During the pandemic, dining out became a temporary thing of the past, so it became extremely popular again.

Small food service providers use them to begin their business without a lot of expensive overhead. As the Conversation reports, nationwide chains like Chilis and Applebees are also using ghost kitchens to test new menu items under new names. Now they are big business.

It’s interesting to note that one of the key leaders in the industry, Kitchen United, recently secured $100 million in Series Z funding to develop its operations. This company supplies foodservice operators with finished kitchen areas that make their magic. Because of this, little delivery-based food businesses can open without incurring all the costs associated with operating space and establishing a kitchen.
Delivery and pickup services as well as marketing are all provided. Such a massive investment was made by investors in light of the technology’s capability to simplify orders, deliveries, and pick-ups, which was mentioned by Forbes as ‘entirely remarkable’ given these days’ conservative investors. This company has a formidable competitor.

Three years ago, Travis Kalanick, the founder and former CEO of Uber, launched CloudKitchens. According to the Wall Street Journal, the company has acquired a wide range of properties in order to turn them into kitchens for rent. The firm is currently valued at $15 billion and is seeking to expand internationally, according to the Wall Street Journal.

However, there are indications that trouble is brewing at this fast-expanding company. A large number of employees left last year due to concerns about poor treatment, long working hours, unfair pay practices, and other issues, according to Business Insider.

The company is currently facing several lawsuits. In addition to new challenges for ghost kitchens, some areas have seen problems with delivery drivers and customers picking up food due to parking and traffic issues. New York City officials plan to examine more closely regulating operations of these kitchens.

The decrease in the number of people ordering delivery food during the outbreak is probably due to the fact that they want to save money due to inflation, as well as the fact that this is not as crucial as it used to be. Bloomberg anticipates that customers will cut back on food delivery as a discretionary expense. The food service incubation business is a lucrative market that supports a number of little players. As the sector and its large players grow, growing pains will occur.
We will have to wait and see whether those problems are substantial enough to scare away the competition.

What do you think of the ghost kitchen services? Let us know down in the comments.

A Guide to Starting a Cannabis Cultivation Business in 2022 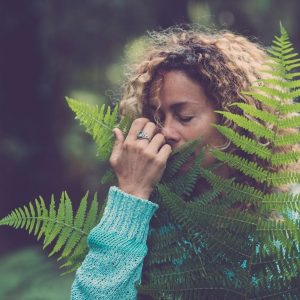 Listen to this article now In today’s age, it is time to transform outdated, environmentally harmful businesses into green, eco-friendly...