Photo by Karolina Grabowska from Pexels

This holiday season, Santa should be the only one doing any sneaking around. Unfortunately, during this festive time of year, fraud is all too prevalent. And it appears that the perpetrators are becoming increasingly creative and tech savvy in their attempts to steal money from trusting and unsuspecting victims. Phone scams are one of the latest alarming trends.

Last year, Amazon store phone scams were all the rage among criminals. Reportedly, fraudsters posing as Amazon store employees conned “Americans out of $27 million from July 2020 through June 2021,” according to an article in CNBC. Around 6,000 people who were scammed by fake Amazon employees during this time claim to have lost an average of $1,000 each. That amount could differ from person to person depending on age—the scammers often victimized the vulnerable elderly more than younger people. All-in-all, these phony Amazon store reps stole a staggering total of $27 million dollars during that eleven-month time frame. And a total of 96,000 people reported being targeted by supposed Amazon phone representatives, which accounted for a whopping 35% of all phone scams for the year. Apparently, Amazon is loved by loyal consumers and criminals alike. Just for completely different reasons.

A few heinous tactics used by the phone scammers to gain access to funds was/is through sharing gift card information, text messages sent to unsuspecting victims asking to verify information, and calls from phony reps alerting the consumers about “suspicious” activity on their accounts. For instance, a fake Amazon rep will ask the consumer to buy a gift card and send them a picture of the number on the back of the card. The rep claims that sharing the security code on the back of the gift card will prevent hackers from stealing the consumer’s information, but in reality, the phony rep uses the security code to steal the card’s monetary value.

Luckily, there are ways to protect yourself from phone scams during the busy holiday season. A few strategies the FTC (Federal Trade Commission) recommends to avoid business impersonation scams are: don’t click on links in texts or emails from any person or phone number you don’t recognize; never give someone remote access to your computer, unless you know they are legitimate; and don’t send anyone pictures of your gift cards.

Remember, sharing this information won’t cost you anything, but withholding it from a loved one could cost them everything.

What do you think about the recent Amazon phone scams? Let us know down in the comments.

How Natural Disasters Are Affecting Businesses

Why Sacramento Is A Great City For Entrepreneurship Culture 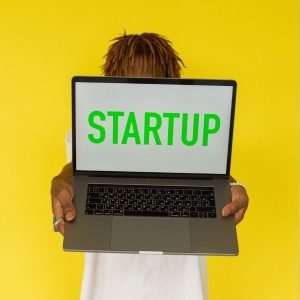 Listen to this article now Developments in the tech industries have revolutionized our life. Every time a new gadget is...