Recently, Biden and the Senate have been going back and forth on the newest infrastructure bill—some saying the plans were not comprehensive enough, some saying exactly the opposite. But finally, Biden has declared, “we have a deal”! What exactly does this bill include and what does it mean for small businesses and entrepreneurs?

First, let’s break it down. Around half the spending in the eight-year proposal is new spending. This includes $109 billion for roads and bridges, $66 billion for railways, $49 billion for public transport, and $25 billion for airports; totalling $312 billion for transportation.

Only $15 billion will go toward electric vehicle infrastructure and electric transit; a mere fraction of what Biden originally proposed.

The plan would also put $266 billion into non-transportation infrastructure, including $73 billion for power, $65 billion for broadband, and $55 billion for water.

So, who is paying for it?

The package is set to be paid via unused coronavirus aid money and returned state unemployment benefits. It will reportedly neither raise taxes on middle-income Americans, nor reverse business taxes cuts that were passed during the Trump administration.

However, along with this bill, Biden has stipulated the need for another. The deal he made with the Senate includes a spending package of roughly $6 billion to go towards climate change, education, childcare benefits, and paid leave from work. While the infrastructure bill will not raise taxes, this one will. This spending is expected to include tax increases on the wealthy and corporations.

Overall, it looks like many small businesses will benefit from the passing of the infrastructure bill. Better transportation, power, water, and benefits will be welcomed by many. If the president and the Senate keep to their current plan, only the richest of entrepreneurs and their businesses will bear any of the burden.

Do you have any thoughts on the infrastructure bill? Let us know down in the comments.

A Mindset Of Scarcity Can Kill Your Dreams 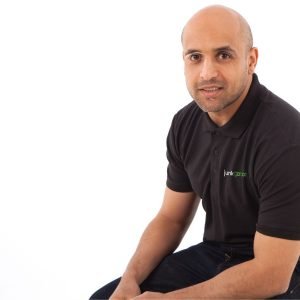 Listen to this article now Launched in 2021 by tech entrepreneur Al Lijee, JunkGator is looking to stir up some...