The first 100 years of Conflict:

The Ottoman Empire ruled over what is now known as Southeastern Europe, Western Asia, and Northern Africa for over 700 years. At the end of World War I, the British took over the area known as Palestine after the Ottomans were defeated. This land at the time had the majority of the Arab community versus the Jewish minority.

As tensions grew between the two peoples, the British declared Palestine the “national home” for the Jewish people. Jewish people comprehended this land as their ancestral home, while the Palestinian Arabs claimed the land and opposed the move of their people.

As time moved on and the world moved from WWI to World War II, more Jews fled to their sacred land because of the Holocaust and to find refuge after being persecuted. Violence only grew between the two groups of people inhabiting the land. In 1947 the United Nations voted for Palestine to be split into two separate states, with Jerusalem becoming an international city.

Jewish leaders accepted this plan, but the Arab side rejected it, and it was never followed through.

1948: The Creation of Israel and The ‘Catastrophe’

After the Partition Plan for Palestine was introduced, the Brits withdrew from Palestine. Within this time, Israel declared itself an independent state and implied it would implant the Partition Plan. Immediately after, Arab armies from Jordan, Iraq, Syria, Egypt, and Lebanon moved to prevent the establishment of the Israeli state. At the end of the war in July of 1949, Israel controlled more than two-thirds of the former British Mandate, while Jordan took control of the West Bank, Egypt, and the Gaza Strip.

This war intensified the struggles between Palestinian Arabs and Jews and turned their feud into a regional contest involving national states and a fight for diplomatic, political, and economic interests.

The Palestine Liberation Organization was formed in 1964 to create a Palestinian Arab state on the land previously ruled by the British Mandate. The PLO felt that this land was occupied illegitimately by the State of Israel. The PLO intended to destroy the State of Israel and obtain Palestinian statehood for itself. In 1993 at the Oslo Accords, the PLO accepted Israel’s right to exist in exchange for formal recognition of the PLO by Israel.

The Six-Day War was triggered when diplomatic friction ensued between Israel and Syria. It also brought in neighboring countries such as Egypt, Jordan, and Syria. It started with an air and artillery engagement between Israel and Syria. It ended with the Soviet Union giving false intelligence to Syria and claiming that Israel would strike against Syria with an entire military campaign. This sparked Egypt to ready itself for war, Israel launched a preemptive attack on Egypt and Syria. Thus igniting the Six-Day War between Israel and an Egypt, Syria, and Jordan alliance. By the end of the war, the outcome was that Israel gained control of the Gaza Strip, the West Bank, the Sinai Peninsula, and the Golan Heights.

The current state of Palestine wants to be recognized by the world as an official territory. In 2017 there was almost recognition when the Hamas leaders brought the original territory boarders recognizing Jerusalem as the capital. Unfortunately, the Hamas leaders refused to recognize Israel as a state in their plan and Israel refuted their request. Since then, there has been a continuous struggle. Until Palestine is recognized happens and until the feud between Israel and Palestine can reach a peace treaty, they will continue to be against one another. The history of Palestine and the Israeli conflict is so complex and long, that it is not fully covered in this article. Hopefully one day, world leaders will be able to come together and fully bring peace to throughout this area.

Meet Ashthelll: a name worth remembering

SBA Loans Are Gone, But What About Grants? 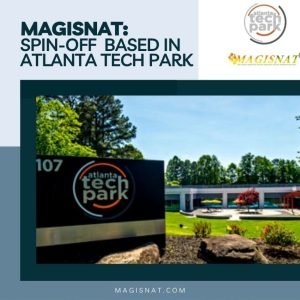 Listen to this article now On the afternoon of June 23, 2022, the launch event of the innovative American spin-off...