Photo by Canva Studio from Pexels

Frank, an online college planning portal for students, was recently acquired by JP Morgan. Charlie Javice, founder of Frank, says that the platform takes a different approach to helping students plan for their college education. Instead of concentrating efforts on financing college loans for students, as most other similar platforms do, Frank wants to take a preventive approach to financial planning by helping Americans apply for federal aid. The portal also educates potential college students on financial wellness rather than just propelling them into a life of student loan debt.

In recent years, JP Morgan has begun focusing their financial prowess on buying startups, like Frank. One other such acquisition, The Infatuation, formerly known as Immaculate Infatuation, is a New York-based restaurant review service. According to an article in CNBC, “With both transactions, the company is diving deeper into a vertical in the hopes of generating loyalty with a specific cohort.” JP Morgan hopes to strengthen ties with America’s future generation through these latest investments.

In addition to acquiring the relatively new platform, launched in 2017, JP Morgan also appointed Frank’s original founder, Charlie Javice, as head of student solutions on the bank’s digital products team. The bank wanted to stay true to Frank’s original branding by having Javice on their team, and she is excited to fulfill the role. Frank is just another example of how American ingenuity is working towards a brighter future, unshackled by mountainous debt.

What are your thoughts on JP Morgan’s recent acquisition of Frank? Let us know down in the comments.

Why Beijing Is A Great Place For Entrepreneurship Culture 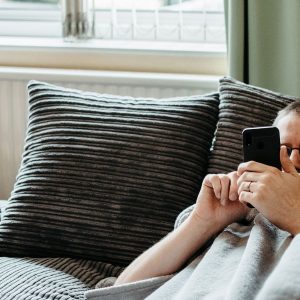 This kind of time management is what helped me do well on my exams when I was student, however it...