On June 11th, House Democrats introduced a series of bipartisan bills designed to restrict the power of Silicon Valley giants such as Google, Facebook, and Amazon. In response, conservative think tanks and advocacy groups are now rallying in support of these technological powerhouses.

What’s more, this legislation has led to a rift in the conservative movement. On one side is the politically influential Koch network that believes the government should stay out of Big Tech. On the other side are individuals like Rupert Murdoch, the executive chair of News Corp., who has spent years trying to take down Google and Facebook.

For decades, the Kochs have supported libertarian and pro-tech groups in D.C to protect technology giants from regulation. In 2019 alone, they donated $1.5 million to groups opposing Big Tech antitrust laws. The Kochs and other like-minded conservatives fervently reject this legislation because they argue it is inconsistent with GOP values championing the free market and opposing government regulation. As Koch group Americans for Prosperity argues, the new antitrust bills are “a jumble of legislative proposals [that] targets American companies [and] treats them as guilty until proven innocent.”

However, a growing number of conservatives feel disillusioned with the Kochs. Right wing supporters of the antitrust bill claim that Koch groups are out of touch with the populist GOP base that feels silenced by tech giants. In fact, after Trump’s Justice Department filed an antitrust suit against Google, more and more Republicans have rallied together to break up Big Tech despite their anti-regulation leanings.

As a recent Politico article claims, this is a fight for the future of the Republican Party, pitting Trump-style populism against traditional conservatism. One thing is for certain, though: the Kochs aren’t backing down any time soon.

What are your thoughts on how the Koch Network is widening the rift in the Republican Party? Let us know down in the comments.

How To Get The Best Work Performance From Your Employees 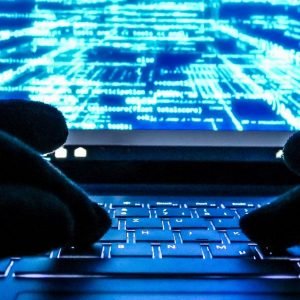 4 Cybersecurity Threats Your Startup Might Already Be Victim To

Employees targeted by phishing schemes which can let intruders into your systems. Here are 4 startup cybersecurity threats to look...