On January 14th, Google officially acquired Fitbit for $2.1 billion. But what the heck does Google want with Fitbit? Google’s purchase of Fitbit comes with established smart tech manufacturers, 29 million active users, and proprietary health tracking algorithms. Founded in 2007, Fitbit quickly became the industry standard in the wearable fitness tracker space. Eventually, Apple incorporated their own intuitive Health app on their Apple watches and Fitbit simply couldn’t keep up with the tech giant. Apple has dominated the smartwatch market ever since. But, some are speculating that the Fitbit acquisition is the last piece of the puzzle that Google needs to release its own smartwatch.

The highly anticipated Google Pixel Watch has been rumored to be “right around the corner” for a few years now. But this time feels different. Why? For one thing, Google has been slowly building its smartwatch infrastructure by releasing its WearOS on smartwatches designed by popular brands like Timex, Fossil, and Tag Heuer. Google has also requested that Samsung manufacture a sensor designed to measure body movements. A pretty clear sign that Google is angling for a wearable tech release sometime in the near future. Finally, the demand for health and home workout tools has skyrocketed since the pandemic hit, and Google knows a trend when it sees one.

The acquisition is oddly timed as Google is in the midst of multiple antitrust lawsuits for having a monopoly in search and search advertising markets. Google’s pattern of using its massive wealth to buy up companies to gain footholds in multiple industries is a strategy that has attracted federal attention. But this acquisition of a major company, for a very major price point, shows that Google is not concerned about what the government thinks about its size.

What do you think about Google’s acquisition of Fitbit? Let us know down in the comments.

How To Use Emojis For Business And Win More Hearts 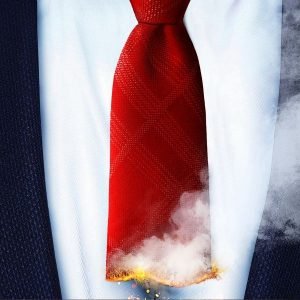 The Final Descent For Trump Shuttle

Back in 1989, Trump added a luxury airline to his empire. But in less than 3 years, Trump Shuttle would...