For the past five years, the Obamas have been fighting legal and gentrification concerns over the Obama Presidential Center project. The center will be located in Chicago’s South Side and will transform 19.5 acres of lakefront in Jackson Park and will include a new branch of the Chicago Public Library. It also includes a roof garden, space for sledding, outdoor movies, an athletic center, and a museum devoted to Michelle and Barack Obama. This large-scale development is a testament to the Obamas’ achievements, but what does the Obama Presidential Center mean for the South Side Community?

Barack has described that the location chosen for the center was based on how the South Side shaped him, first as a community organizer, then as a husband, father, and elected official. He believes that this is a way of giving back to the community that grew him into the man he his today. Although this sentiment would naturally receive a warm embrace, he was instead met with concerns of gentrification.

The concerns of gentrification are valid and it is great that South Side community members are advocating for themselves. Gentrification has disrupted so many historical and cultural communities by pushing people out, but hopefully the Obama Presidential Center will do the opposite. They have promised to create 2,500 permanent jobs, which would build a better and stronger economy for the South Side community.

Are the Obamas exempt from gentrification concerns? Let us know in the comments!

Is the U.S. Government Running Out of Money?

What Is An NFT, In 5 Minutes Or Less 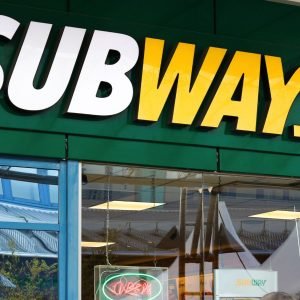 Listen to this article now Subway has recently announced a new menu called the Subway Series that includes 12 new...