It looks like all signs are pointing to the development of an Apple car. This long existing rumor has just become more valid with Apple’s hire of Christopher “CJ” Moore, an autopilot software director from Tesla. As reported by Bloomberg, it is assumed that the hiring of an ex-Tesla autopilot engineer suggests Apple is developing a vehicle that is both electric powered and has self-driving capabilities. Moore’s role will be software focused and he will be reporting to Stuart Bowers, another Tesla executive who made the switch to Apple in 2020.

While at Tesla, Moore was rather critical of the company’s autopilot feature. Some of this criticism was directed towards his former boss, Elon Musk, and Musk’s overstated claims about the capabilities of Tesla’s self-driving technology. Musk claimed in January that Tesla cars would be capable of fully autonomous driving this year, to which Moore disagreed. Moore took a more realistic stance on the status of the self driving technology from an engineering perspective.

CJ Moore had a long stint at Tesla for over seven years. He began as a senior integration engineer and worked his way up the ranks. He was senior manager of autopilot software before eventually becoming the program’s director. His long history of working with autopilot software should make Apple very excited to have acquired him. It is safe to say that Moore is very qualified for his new position.

The CJ Moore news is just another clue to an Apple project that is otherwise locked in secret. It is not fully known exactly what kind of vehicle Apple is trying to build as it is all speculation at this point. It is also notable that Apple has never shied away from hiring Tesla employees. In addition to Moore and Bowers, they hired Tesla’s former drivetrains chief Michael Schwekutsch as well as ex-interiors head Steve MacManus.

Given the secretive nature of Apple’s project, it is tough to know exactly how they stack up against Tesla. If they are somewhat far along in their development, there could be a close race on our hands for total autonomy. Tesla has recently had some backlash and issues concerning their self-driving technology. Earlier this week, more than 11,700 Tesla vehicles were recalled over issues with the self-driving beta software installed in them. Tesla’s vehicles are currently at a Level 2 system which requires drivers to keep their hands on the wheel. Perhaps this buys Apple some time.

Whether a fully-fledged Apple car is on the way, or a software that is meant to be applied to other vehicles, this is certainly a major step forward for the development of autonomous vehicles. Seeing as even the experts and leaders of the industry are struggling to get self-driving technology functioning properly, it may be sometime before we have total hands-free driving that does not require constant driver supervision. Regardless, this is an exciting time to witness these vehicles in development.

What do you think of CJ Moore joining Apple? Let us know down in the comments. 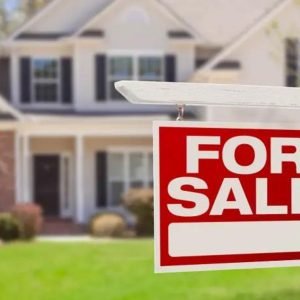 A 'housing recession' in the United States could cause prices to fall by 20% by mid-2023, according to economists.

Listen to this article now According to a renowned economist, US home values are already “obviously declining” and might fall...