In the middle of last year, when the pandemic was in full control of our lives, the government made sure that Americans were safe in their homes for as long as they could to prevent the spread of the virus. With rent due, no money coming in, and the pandemic raging on, people became desperate fast… worried about being evicted and sent to the streets. That is why the order to temporarily halt residential evictions was put in place by the government.

This order would protect anyone who was on the verge of being evicted due to COVID-19. They would be approved in the courts and they would be protected under this order until the last day of 2020. Unfortunately, the last day of 2020 was a while ago. Which means that it was only a matter of time until we started seeing evictions pop up again. And that is exactly what is happening in Texas.

Even though the Center for Disease Control and Prevention are still recommending states to halt evictions until the virus is 100% contained, the courts and property owners in Texas are evicting thousands without a second thought. Basically, the courts are telling the judges that it isn’t their job to keep the CDC order intact. There was an expiration date and they lasted as long as they can.

With the economy and the jobs market still on its way to recovery, eviction would only be another thing to worry about in these hard times. And without the courts or another federal order, it is looking like thousands of Texans are going to face eviction either now or in the future.

What do you think about evictions being back and stronger than ever? Comment down below!

How To Prepare For The Loss Of A Loved One 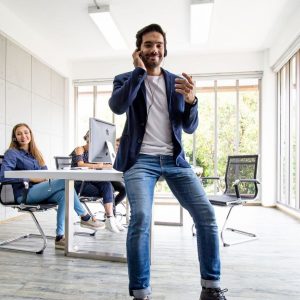 Listen to this article now With so many startups popping up and so many large successful conglomerates saturating the market...