Jeff Bezos recently announced on Monday that he and his brother will be going up to space next month. He will be joined by his brother and the first spaceflight crew from his private rocket company Blue Origin on July 20th. This will come just fifteen days after stepping down from being the chief executive of his company Amazon.

He wrote about this on an Instagram post on Monday, saying “Ever since I was five years old, I’ve dreamed of traveling to space. On July 20th, I will take that journey with my brother. The greatest adventure with my best friend.”

In May, Blue Origin announced its first flight on the New Shepard Rocket would auction off one seat to the highest bidder. The auction itself was held in three parts on Blue Origin’s website. In phase one from May 15th to 19th, bidders were allowed to place any bid on the website. Phase two from May 19th onward, the bids were unsealed. In the final phase from June 12th, Blue Origin will hold the live auction to determine the winner.

The money raised for the auction was donated to Blue Origin’s foundation called Club for the Future, promoting STEM education initiatives for everyone.

What do you think of Jeff Bezos going to space? Let us know in the comments. 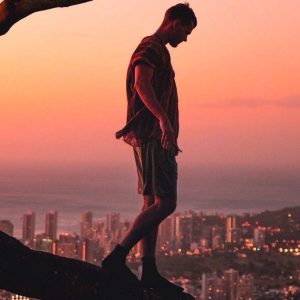 5 Positive Affirmations To Start The Work Week On Solid Ground

Read, repeat, and remember these affirmations. They are here to remind you how wonderful and beautiful you are and you...