According to court documents, a former housekeeper for Jeff Bezos has filed a lawsuit against the billionaire Amazon founder for alleged racial discrimination and “unsafe” working conditions.

Mercedes Wedaa, Bezos’ former housekeeper, claimed that she and other staffers were denied easy access to bathrooms in the Amazon mogul’s Seattle-area mansion when he was in town — and thus frequently developed urinary tract infections.

The suit, filed in Washington state court on Tuesday, states that “when the Bezos family was home, the housekeepers were not permitted to access the home, unless to perform a cleaning assignment.”

“For approximately 18 months, Plaintiff and other housekeepers were forced to climb out the laundry room window to the outside, then run along the path to the mechanical room, through the mechanical room, and downstairs to a bathroom,” Wedaa’s suit continues.
Wedaa began working in Bezos’ home in 2019 and continued until 2021. According to the lawsuit, she was eventually promoted to lead housekeeper and took orders from Bezos and his girlfriend, Lauren Sanchez.

The suit claims that when the Bezos family was “in residence,” Wedaa and other housekeepers were frequently required to work 10- to 14-hour days with no legally required rest or meal breaks.

Wedaa’s alleged experience in Bezos’ household was contrasted with her time working for late Microsoft co-founder Paul Allen in the suit. Allen, she said, provided regular rest and lunch breaks in a dedicated staff quarters, as well as easily accessible restrooms.

According to the suit, “Mr. Allen even provided food for the housekeepers and other employees.”
In an email to The Washington Post, Bezos’ attorney, Harry Korrell, said, “We have investigated the claims, and they lack merit.”

“Ms. Wedaa was the lead housekeeper and made over six figures per year,” Korrell added. “She was responsible for her own break and meal times, and she and other staff had access to several bathrooms and breakrooms.” The evidence will show that Ms. Wedaa was fired for poor performance. She demanded more than $9 million at first, and when the company refused, she decided to file this suit.”
Wedaa also claimed in the lawsuit that other members of the household discriminated and retaliated against her because she is Hispanic. She is suing for monetary damages.

In response to the racial discrimination claims, Korrell stated, “Given their backgrounds, the suggestion that Mr. Bezos, Ms. Sanchez, or Northwestern LLC discriminated against Ms. Wedaa based on her race or national origin is absurd.”

Bezos’ father was a Cuban immigrant, and Sanchez is of Latino descent.

In a statement to The Washington Post, Wedaa’s attorney, Patrick Leo McGuigan, said, “No employer is above the law, not even Jeff Bezos and the organizations he uses to find people to work for him at his home and other properties.”

“Federal and state labor and employment laws require that working people be paid for the work they do and that they be able to do it in an environment that is free of discrimination, safe, sanitary, and healthy,” McGuigan added. “The Defendants in this case violated these laws.”

Bezos has owned his mansion on a five-acre waterfront lot in Medina, Washington, an exclusive Seattle suburb, since the late 1990s. According to the Seattle Times, the house was worth an estimated $70 million in 2017 after extensive renovations and expansions.
The suit also names two entities, Zefram LLC and Northwestern LLC, in addition to Bezos. According to the tech site GeekWire, which broke the story first, Bezos uses the LLCs to manage his properties and investments.

What do you think of that situation with Jeff Bezon being alleged for racial discrimination ? Please let us know in the comments.

Is a meat recession on the way?

How To Support A Colleague Who Has Lost A Limb 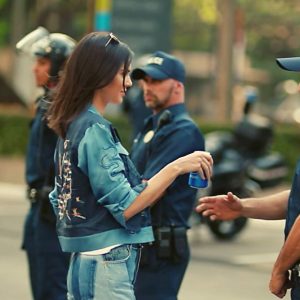 Twitter has been the most intense platform to run the test of woke advertising and, sadly, Listerine failed with its...