After turning down Elon Musk’s offer of $5,000 to delete the @ElonJet Twitter account, the 19-year-old teen who went viral for tracking Musk’s private jet turns this momentary spotlight into an online business.

Jack Sweeney, founder and creator of the tracking system unveiled his online apparel shop called Ground Control. You can find t-shirts, long-sleeves, hoodies, and stickers all showing a picture of Musk’s jet plane above a photo of him smoking marijuana with the text “I Know how High Elon is” with the @ElonJet Twitter handle marked on the apparel to further market his online accounts.

Sweeney sutures this fascination with billionaires using his own ingenuity to create something unique. Now that the world has access to track not only Musk’s private charter but also Jeff Bezos and Bill Gates, we have a peek of how the ‘other-side’ lives. The curtain has been pulled and we have access to the traveling habits of the top 1%.

The 19-year-old UCF college student displays that he has a niche outlook into this world of billionaires. By not only monetizing on this viral fame, he uses wit and humor to market his merchandise.

In taking advantage of this fame, Sweeney understands that he needs to strike while the iron is hot. He displays innate knowledge of his brand and the audience in which he is marketing towards. Those who are critical of Musk and the billionaires of the world find that innovations like the jet tracking technology is essential yet entertaining.

With concerns mounting about this infringing on security detail, Sweeney told the Guardian last week that he plans to keep his online shop open to help fund the Twitter account.

@ElonJet is encroaching on 350,000 Twitter followers. With pleads from Musk himself to take down the Twitter account, Sweeney said in his interview with The Wall Street Journal that, “I’ve created something. It’s something valuable, and if it’s blowing up this much, that means people are interested.”

Asking for 50K to shut down the Twitter account and an internship at Tesla the 19-year-old entrepreneur has found himself blocked by Musk on his Twitter account. In a Friday interview, he has mentioned he would be willing to shut the account down for a Tesla which range from $44,990 – $129,990 before taxes and incentives.

Sweeney finds more doors opening for him. The New York Post reports that CEO Joel Thomas of Stratos Jet Charter — a private jet charter flight, offers the teenager a position on their company’s development team and praises his “creativity”.

If you found instant social media fame through your own innovation, how would you continue to capitalize on it? Let us know in the comment section below! 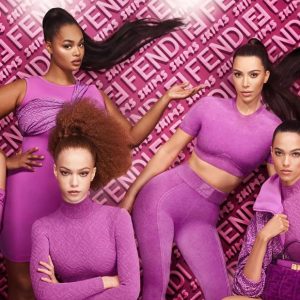 Listen to this article now The Skims X Fendi capsule has officially dropped! It’s no surprise that this collaboration between...