After hearing Beasley’s challenge, Musk felt obliged to reply. On Sunday, Musk tweeted “If WFP can describe on this Twitter thread exactly how $6 billion will solve world hunger, I will sell Tesla stock right now and do it”.

Hopefully, the UN is creating a plan as to how world hunger would end exactly, but many are speculating if the UN will publicly disclose where all the money will end up. Maybe the UN is calling Musk’s bluff?

$6 billion may not fully solve world hunger, but it would be a great start. If the UN can publicly tweet how they can solve world hunger then millions of people’s lives will drastically change. Beasley makes a good point when claiming that $6 billion to help 42 million people is not complicated. The sum of this money would equate to roughly 2% of Musk’s net wealth. Considering Musk has been recently named the world’s richest man, $6 billion is practically nothing for him. He could easily donate this without provoking the UN.

If he believes that the UN might not have a good plan to end world hunger, he could devise a plan himself. However, it could be argued that Beasley should not have provoked him to donate. Musk can do whatever he likes with his money, although ending world hunger would be amazing, we cannot force him to do it.

Are the top 1% obligated to solve world problems? Let us know down in the comments!

Forgot your iPhone password? Here’s how to not lose your data 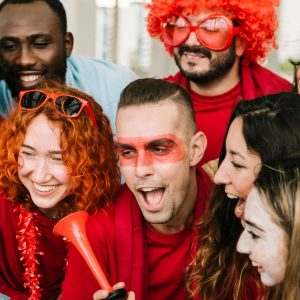 Listen to this article now When you have just launched your start-up, you may be reluctant to invest in anything...