On a conference call with analysts, Musk said there was great demand for the fourth quarter, answering investor concerns that the bad global economy and expensive Tesla vehicle pricing would dissuade consumers. However, management predicted that certain delivery challenges would linger, with fourth-quarter deliveries falling short of 50% growth while output increased by 50%.

Despite global economic concerns, Tesla is rapidly expanding, and investors are looking for evidence that the economy is slowing.

The company’s third-quarter automotive gross margin was 27.9%, which fell short of analysts’ expectations and was down from 30.5% a year ago.

According to IBES statistics from Refinitiv, Tesla’s sales for the third quarter was $21.45 billion, a record but shy of analysts’ projections of $21.96 billion.

The corporation reported a $250 million negative foreign currency effect on earnings as the US dollar rose versus key currencies.

According to Tesla’s statement, “raw material cost increases hurt our profitability, as did ramp inefficiencies” from its new plants in Berlin and Texas, as well as the manufacturing of its new 4680 batteries.

“Logistics instability and supply chain constraints continue to be acute problems, even as they improve,” Tesla stated.

Musk also stated that a stock buyback in the $5 billion to $10 billion range would be appropriate, subject to board examination and approval.
Tesla reached record quarterly deliveries, owing primarily to its expansion in China. However, the most famous proponent of electric vehicles has seen its shares fall around 50% from record highs in November, as investors were alarmed by a cooling global economy and Musk’s quest to purchase Twitter.

Musk stated on the conference call that Tesla has the potential to be valued more than Apple and Saudi Aramco combined.

Tesla announced earlier this month that it delivered 35% more vehicles in the July-September period than in the previous quarter, although the figure fell short of vehicle production and analyst expectations.

Tesla cited transportation issues, but several experts were concerned that demand had decreased.

According to some experts, Tesla may struggle to sustain premium pricing and profits as the global economy cools and it ramps up production of additional facilities.

Analysts anticipated Musk to be upbeat about Tesla on the conference call. Musk has been attempting to gather funds in order to fund his $44 billion bid to take Twitter private. According to some analysts, Musk may need to sell another $3 billion in stock after the results report to help fund the transaction.

What do you think of estimation of Tesla’s net worth? Please let us know in the comments.

The Beauty of Dimensional Letter Signs for Your Business

Top 5 Ways To Save Money While Using Virtual Credit Cards 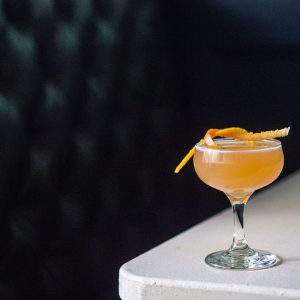