You may have seen #SOSCuba trending, but what is really going on with our neighbors across the Straits of Florida? In short, the healthcare system has collapsed and Cuba is not equipped to handle the outbreaks of COVID-19 currently taking place. The country has also reportedly refused to accept foreign aid during this time. Cuban residents have grown tired over their government’s control and lack for their well-being and are taking to the streets to protest. But how did Cuba get to this point?

The Cuban government has long blamed the U.S. for its problems; as President Miguel Diaz-Canel states, the U.S. should lift its blockade against Cuba if it’s going to get its people the relief that they need. But as Cuban-American actress and director, Natalie Morales, points out on Twitter, his argument does not hold water. Morales is a vocal supporter of ending the dictatorship that has plagued Cuba for decades and which continues to silence the voices of its people today. Freedom of speech is outlawed in Cuba and the country has a history of cutting internet connections so others may not learn what is taking place there.

“The Cuban government has always blamed the embargo for all their problems. The embargo does not include food or medicine and they free trade with nearly every other country on Earth. Down with the dictatorship, once and for all.”

An embargo on Cuba against the sale of arms was first imposed by the U.S. on March 14, 1958. This was during the Fulgencio Batista regime, who was the 9th President of Cuba-turned-dictator before being overthrown by Fidel Castro in 1959. By 1960, however, the embargo no longer applied to food and medicine and has not prohibited the trade of food and humanitarian supplies since 2000.

According to Bloomberg, Cuba is in the middle of the worst economic crisis it has seen in decades, but the country still tries to trick its residents into believing they have done nothing wrong by shifting the blame on the U.S. With the thousands of people entering the streets to protest and an average of 27 COVID-related deaths per day, it is clear the Cuban people need assistance from their government regime and we should all keep our eyes and ears open if we’re going to help. 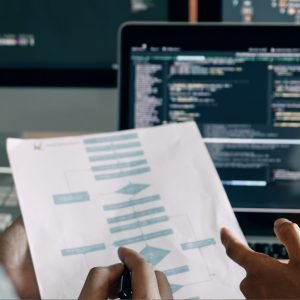 Listen to this article now 95% of the content essential for decision making in an organization is unstructured, residing in...