Have you gone into a restaurant in the past year? What used to be bottles of ketchup and salt and pepper turned into packets of them. And the question of “why” makes sense… we want to reduce the spread of COVID-19 and keep contact as minimal as possible. However, the fact that packets are now our source of condiments is troubling for most restaurants.

Over the past year, we have seen shortages with everything. Toilet paper, hand soap, hand sanitizer… The list is endless! When we were forced to go into lockdown, everyone panic-bought anything they could get their hands on. Unfortunately, that includes things like ketchup. Heinz Ketchup, to be exact.

As of right now, there is short supply of Heinz Ketchup in the United States. Now, I know you’re thinking, “Really? Ketchup is the biggest thing we have to worry about when there are people dying and mass shootings are a thing again.” And when you put it that way… you’re right.

Ketchup should be the last thing on anyone’s mind.

However, for restaurants that are opening their doors for the first time in over a year, ketchup is huge. Because we all went into shutdown mode last year, and because we were panic-buying, ketchup flew off the shelves. Instead of having a meal at a restaurant, we ate at home. And we all know that we needed some ketchup to go with our air-fried french fries. No one was thinking about restaurants because no one was going to them, so no one needed their ketchup. But now, there is a nationwide shortage in ketchup packets, and Heinz is trying their best to meet the high demand.

Only time will tell when the usage of ketchup packets will fade in restaurants, but for right now, they need all the packets they could get.

How much ketchup do you have at home? Let us know in the comment section.

“There’s More Than One Side of Life” 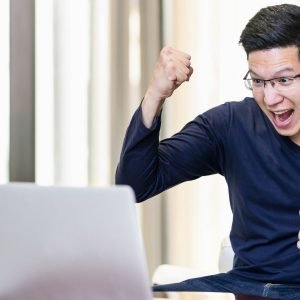 Listen to this article now The Premium, an avid traveler and anonymous online celebrity, today announced the launch of gamblersdream.vip,...