Concerns of performative allyship are especially relevant when examining Walmart and Target’s history of queer advocacy. Over the years both Walmart and Target have sold rainbow merchandise and supported LGBTQ+ charities while also donating to anti-gay political action committees. In 2017, Target promised they would stop giving money to anti-LGBTQ+ charities, just a year after announcing a pro-trans bathroom policy. The cognitive dissonance inherent in the actions of both Target and Walmart show they don’t care about the queer community—they’re simply capitalizing on a growing trend.

This phenomenon, known as pink capitalism, is noticeable in Walmart and Target’s Pride-themed merch. This year, Walmart is selling a shirt with the message “Come to the Gay Side- We Have Rainbows,” an out of touch message equating queer identity with flashy capitalist aesthetics. Similarly, Target is selling a shirt covered with gender inclusive pronouns. While this may seem positive, as one TikTok user claims, “I feel like this is an invitation for ‘allies’ to misgender you on accident.”

By selling Pride-themed merch, large corporations like Walmart and Target pander to the queer community, promoting a shallow message of acceptance and inclusivity. In doing so, these companies fail the queer community. Empty slogans will do nothing to advance LGBTQ+ equality. To truly advocate for queer people, Walmart and Target must deliver on their promises, because actions always speak louder than words.

What do you think of corporations capitalizing on the queer community? Leave a comment below!

5 Top Cities for Relocating Your Business

Songwriters Are Cashing Out Big On Their Catalogs 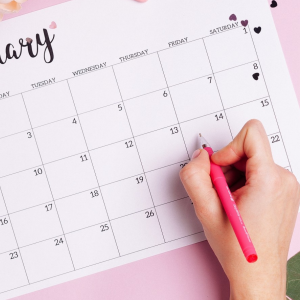 Listen to this article now Do you need reassurance or guidance when it comes to the next steps to take...