The business announced Sunday night that Chapek had resigned and that Iger, who will leave Disney at the end of 2021, will take over as CEO for a two-year period.

The chairman of the board, Susan Arnold, said, “We thank Bob Chapek for his service to Disney over the course of his long career, including guiding the business through the unprecedented challenges of the pandemic.”

“The Board has determined that Bob Iger is uniquely positioned to lead the Company through this pivotal period,” she continued. “As Disney embarks on an increasingly complex period of industry transformation.”

Although the company’s board claimed he resigned, sources claimed Chapek was probably taken by surprise by the rumors of his dismissal. He was unsure of what would transpire within Disney’s top management as of late last week, they claimed.

The change was made in response to Disney’s disappointing fourth-quarter earnings, which Chapek was alleged to have downplayed and even been outright “delusional” about.

Jim Cramer of CNBC demanded Chapek be fired due to the financial losses.

The streaming service Disney+ suffered a $1.5 billion loss during the quarter, causing the media giant to fall short of Wall Street’s expectations, and the CEO was criticized for his “delusional” assessment of the situation.

Iger hand-picked Chapek to succeed him as Disney CEO after he resigned in early 2020, just before the pandemic struck.

According to a former Disney executive who spoke to Insider, their relationship reportedly soured and by the summer, Iger had dubbed his choice of Chapek to lead the company after his departure as one of his “worst business decisions.”

As soon as COVID hit, the executive said, “He deeply regretted it.”

The two couldn’t agree on how the company should be run, including its internal organization, how to handle the pandemic, and how to handle political issues.

Iger led Disney as CEO for 15 years, during which time the media behemoth purchased 21st Century Fox, Pixar, Marvel, and Lucasfilm.
He claimed that being asked to take the old job again was an honor.
Iger said in a statement, “I am incredibly optimistic for the future of this great company and thrilled to be asked by the Board to return as its CEO. “I am incredibly honored to be asked to lead this amazing team once more, with a clear mission focused on creative excellence to inspire generations through unmatched, bold storytelling,” the leader of the team said.

What do you think of that sudden Bob Iger’s comeback? Please let us know in the comments.

In their first joint interview, Jeff Bezos and Lauren Sanchez discuss their plans to travel to space while praising one another. 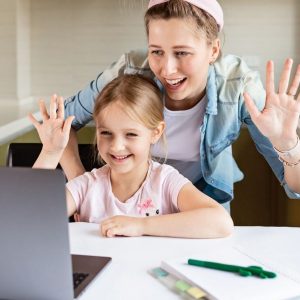 Listen to this article now Since the beginning of the pandemic, California—like all the other states—has fought to keep people...