According to its retail manager, Ingka Group, which owns the majority of IKEA furniture stores, is planning additional price reductions as some input costs decline. This is a change from price increases implemented last year to combat skyrocketing inflation.

At the end of August, the largest furniture retailer in the world raised prices for the remainder of its fiscal year in order to reflect rising raw material costs and supply chain disruptions. But as stocks began to fill up and supply chains stabilized toward the end of the period, it was able to reduce some prices once more.

Tolga Oncu, the head of retail at Ingka, expressed optimism in an interview on Monday: “We are optimistic to continue focusing on lowering prices where we can. “I am fairly optimistic about the future.”

According to Oncu, the company will be able to maintain the reductions thanks to the moderation of some input costs, such as metal and shipping.

IKEA will continue to be able to generate profits through operational efficiency opportunities, and lower prices should draw in more budget-conscious clients, he continued.

The company that owns the brand, Inter IKEA, which is in charge of supply, stated this month that input prices had started to stabilize and that in order to draw in consumers with tight budgets, promotional campaigns and price cuts on some well-liked products would be essential.

Fears of a global recession and weaker demand have been heightened by aggressive rate hikes by central banks, which have forced consumers all over the world to tighten their belts.

“I believe that in times like these, our business model, which really focuses on lowering the prices and ensuring we are even more affordable, is paying off,” Oncu said.

Oncu was visiting India, where IKEA entered the market in 2018 and currently operates three traditional large out-of-town big-box stores and two more compact inner-city stores. It has stated that it intends to invest in additional stores as well as shopping malls in India, one of its markets with the fastest rate of growth.

More locations will be opened in the Indian cities of Chennai in the south, Pune in the west, and close to New Delhi, the nation’s capital.

What do you think of that ambitious IKEA’s plans? Please let us know in the comments.

According to Amazon, these products contributed to Thanksgiving weekend sales records. 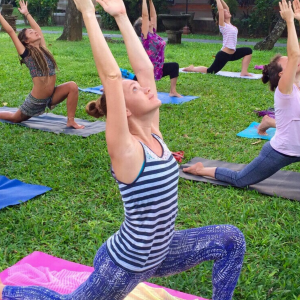 How To Make Time To Workout When You Work All Day

Listen to this article now My alarm sounds at 4AM, two different places in the house. Through my initial state...