Over the course of the pandemic, we have seen job availability decrease in hundreds of cities. When people closed their doors for the first time in March 2020, unemployment rates sky-rocketed and the demand for workers that was once high, became super low.

There was a moment last year when it seemed as though everything was going to be okay again. The world looked as if it was normalizing and we got used to all of the mandates and protocols. However, a couple months ago is when things took a turn for the worse. Almost instantaneously states were shut down and COVID thrived once again. And just like in March, the fear of losing a job became more real. Thousands, if not millions, of Americans began to worry whether or not they would have to apply for unemployment again or search for something new.

Restaurants are taking the hit the hardest. Because of new restrictions in states like California and New York, jobs that were once secure slipped right through people’s hands. Throughout this entire pandemic, almost one million jobs in the leisure and hospitality field were lost. Three-fourths of those lost jobs were of those who worked at a restaurant.

With the number of cases still rising and the lack of fear in the virus itself, it is likely that this constant job loss will continue. After moving in the right direction for consecutive months, it looks like America will have to work very hard to get to a place of normalcy. For now, we need to work together by wearing masks, keeping a safe distance apart, and taking the virus seriously.

What are your thoughts on the recent job loss in America? Let us know down in the comments.

How A Biden Administration Could Chop Up Big Tech Companies

3 Tips For Leading Your Team Through A Productive First Quarter 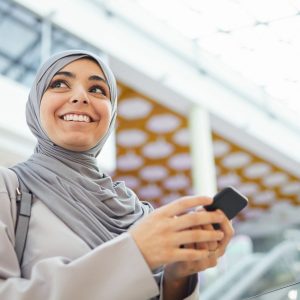 Listen to this article now Since the birth of humankind, we have struggled for independence. Humans have done and will...