No. At least not by himself. With the former Amazon CEO “making history” by launching into space, people took to Twitter in droves to propose the idea that Jeff Bezos could end world hunger. However, he chose to spend four minutes in space instead. This criticism also extends to Elon Musk and Richard Branson, who have both joined the race to launch into space and are among the richest people in the world.

It’s been reported that Jeff Bezos spent $5.5 billion at Blue Origin to go to space, which is the same amount of money that could have saved 37.5 million people from starving this year. Unfortunately, The International Food Policy Research Institute estimates it would take anywhere from $7 billion to $265 billion per year to end world hunger. Bezos’ net worth is $203.7 billion, which falls short of the funding it would take to accomplish this. So, while the money and resources that were spent at Blue Origin could have been better used elsewhere, it still is not enough to solve the world’s hunger problems. Bezos would need help from, say, other billionaires, in order to make a long-lasting impact.

It is worth noting, though, that Bezos donated $100 million each to philanthropists Van Jones and chef Jose Andres, who both run their own non-profits. However, these donations only came after online criticisms about his space flight, which he claims is part of his surprise philanthropic initiative called the Courage and Civility Award. This makes it hard to question just how sincere Bezos’ efforts really are.

People criticizing the battle of the billionaires have some merit. One Twitter user explains the dystopian feeling of living in a city clouded by forest fire smoke while a billionaire launches into space. Global Citizen also lays out the many causes Jeff Bezo’s space launch could have funded. Campaigns like Give While You Live encourage the world’s billionaires to donate 5% of their annual wealth to help reach the United Nations’ global goals, in particular, ending world poverty. Bezos himself could take a cue from his ex-wife, Mackenzie Scott, who is still donating billions to charitable causes, if he truly wants to make a difference.

Do you think the world’s billionaires could really end world hunger? Let us know down in the comments.

Depop And Fashion: How The Average Fashion Enthusiast Can Become The Next Big Fashion Designer 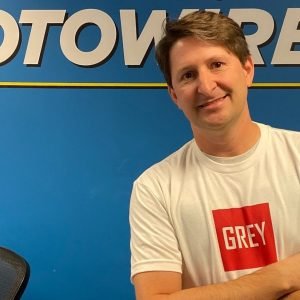