According to data from Adobe Analytics, discount-hunting consumers purchased Pokemon cards, TVs, and air fryers on Cyber Monday, driving sales to $11.3 billion and making it the biggest US online shopping day in history.

According to data from Adobe Analytics, which gauges e-commerce performance by examining purchases at 85% of the top 100 internet retailers in the United States, sales increased 5.8% from a year ago, unadjusted for inflation.

In order to increase sales, retailers began running promotions and offering discounts as early as October. However, inflation-weary consumers had largely delayed their holiday shopping until the Black Friday weekend and Cyber Monday in order to take advantage of the best deals.

Toys were the most popular products on Cyber Monday, with online sales increasing nearly eight-fold compared to an average day in October 2022, according to the Adobe Analytics report. Major retailers like Target, Macy’s, and Best Buy have all signaled a return to pre-pandemic shopping patterns and the need to discount more heavily during the traditional Toys were the hottest products on Cyber Monday.
Sales of sporting goods, appliances, and books all increased by well over 400%, while sales of electronics increased by nearly five times as much.
According to the report, some of the top-selling items included Pokemon cards, Hot Wheels, PlayStation 5s, Smart TVs, and Apple AirPods.

However, not all industry experts agreed that a successful Cyber Monday indicated that inflation’s impact on consumer confidence was lessening.
Only about 15% of all retail sales are still made online. As a result, it may not be a reliable indicator of the state of the economy as a whole, according to Dan North, senior economist at Allianz Trade North America, a global trade credit insurer.

What do you think of that Cyber Monday sales spike? Please let us know in the comments.

Director Abeni Nazeer is a Breath of Fresh Air

How to Start a Glamping Business Owning Garden Pods 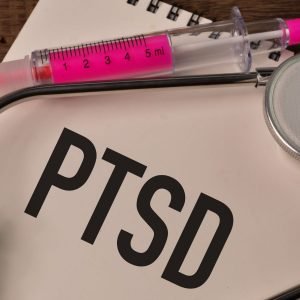 7 Amazing Ways to Deal with PTSD

Listen to this article now PTSD may have a profound and long-lasting influence on your life. There is a high...