Prescription drugs have been given to patients who are in dire need of medication. There’s medicine that can help with literally anything and everything that you may need help with. There’s prescribed medicine that helps with pain relief, depression, kidney issues, heart issues… the list goes on and on and on.

To treat moderate to severe pain, most doctors prescribe opioids despite the high addiction rate and the mistreatment of the drug. This issue has been going on for ages and the question that still remains is “Why would doctors prescribe something that may hurt us in the end?”

To be honest, the question is simple. It’s the easiest painkiller to give out. Drugs like hydrocodone, morphine, and most importantly oxycodone (the main drug Purdue Pharma is facing bankruptcy for) are just easy to treat patients with. But because of the easiness to give out and fact that it is effortlessly addicting, companies like Purdue Pharma are under heat, more so this year compared to others.

The owners of Purdue Pharma, the Sackler family are currently offering to settle more than 2,000 lawsuits made against them for as much as $12 billion. They want to pay out people to make their problems go away. But that’s not even the worst part of this opioid crisis.

The worst part is that CEOs of big drug and health care companies are going to be ringing in the money for doing the exact opposite of a good job. Steve Collis, the CEO of AmerisourceBergen Corporation, is one of the big bosses who are expecting a paycheck even after costing his company $6.5 billion in lawsuits and settlements.

And apparently, this isn’t just happening to Collis. Tons of CEOs everywhere are going to be getting a bonus after dealing with a crisis that has 450,000 Americans dead from an opioid overdose. It needs to stop now, and the only way to do that is to hold these CEOs and large companies accountable for their actions.

What are your thoughts on the never-ending opioid crisis? Let us know in the comment section!

The Dangerous Elephant In The Room—Surviving A Workplace Shooting

This Artist Is Designing Dresses For Celebrities Out Of Food 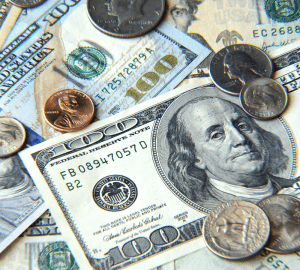