The fashion industry has seen several companies shake things up by announcing new CEOs. Burberry has announced Jonathan Akeroyd as its new CEO and executive director. Previously, Akeroyd had been CEO of Versace since June 2016 and CEO of Alexander McQueen from 2004 to 2016. Akeryod will succeed Marco Gobetti, who announced his departure to join Italy’s Salvatore Ferragamo SpA in June. Akeroyd will remain with Versace through March 31, who will then begin searching for his replacement. This is all comes after several other companies in the industry, like PHV Corp. and Forever 21, also made changes to the CEO position.

Burberry believes Akeroyd is the perfect successor to Gobetti, and it is easy to see why. Following the highly regarded Gobetti’s announcement to leave the company, Burberry’s share price decreased 15%. Akeroyd, however, has a proven track record of leading once reputable companies back into the black. During his five years with Versace the company saw accelerated growth, with the latest quarter reporting revenue of $240 million, up 158% year on year.

This all came following the impact of the Covid-19 pandemic. He also oversaw the company’s sale to the U.S. group Michael Kors Holdings, now called Capri Holdings. Numbers aside, what Akeroyd also did well was help restore Versace’s relevancy and cool image of the ’90s. He was also quite successful in leading the relaunch of British luxury brand Alexander McQueen from 2004 to 2016. There he led a successful store expansion in the U.S. and Chinese markets.

It seems where Akeroyd will be most successful lies in the fact that he will be returning to his British roots. After spending considerable time with the famed Italian brand, it will be nice for the 54-year-old CEO to return home. Just as he saw major success during his time with fellow British-based Alexander McQueen, perhaps he will be able to do the same at his new helm.

What do you think of Jonathan Akeroyd being named Burberry’s new CEO? Let us know down in the comments.

10 Aromatherapy Essential Oils That Can Improve Your Health 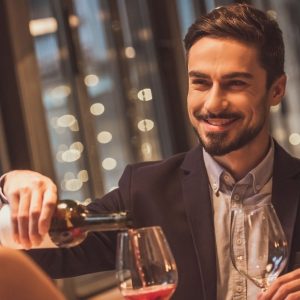 Everything You Need To Know About Raya, The World’s Most Exclusive Dating App

Launched in February of 2015, the Raya dating app allows accomplished, inspired individuals to connect with celebrities in a romantic...