Since the beginning of the pandemic, California—like all the other states—has fought to keep people safe and protected from the virus. They introduced a stay-at-home order in March that gave everyone a curfew and strict limitations to how and when they could go out. Basically, anything that wasn’t essential was prohibited.

Because they shut everything down quickly and there wasn’t an alarmingly high number of cases, they were able to recover quickly. This made it possible for people to go out and start to live their lives normally again—well as normal as it could get with face masks and social distancing. In the early months of the holiday season, it was predicted that cases would rise nationwide. That only reigned true for California. Being forced to re-enforce the stay-at-home order previously placed in March, residents were now on full lockdown as soon as the Thanksgiving and Christmas season began.

Those restricts have not been as efficient as it was previously, but why?

Well, California residents are absolutely fed up. They are fatigued by the public health orders being barked at them over and over which is leading to their unhealthy demise. Experts are saying that the most suitable explanation for the recent disobedience is the number of COVID-19 cases in the communities. When the second stay-at-home order went into place, the cases were already out of control. It was unforgiving from the very beginning and because of the holiday season, people just want to be with the ones they love. They stopped being afraid.

Because the cases are climbing every day and the lack of control of the virus that California has, it is very likely that cases will continue to rise. However, the new stay-at-home order is making a very small difference. Experts are saying that if this new order hadn’t been put into place, we would be looking at a very different California than we are currently. That holds a little of reassurance that there are some people following the guidelines.

With Christmas passing and the new year coming, it is unknown what the number of cases will look like. Alongside that, the vaccine being en route and distributed across the country is the hope we are all looking for this new year. What the future holds is always uncertain, but we can just hope for a better and healthier future ahead.

What are your thoughts on California’s response to the stay-at-home order? Let us know in the comments below.

The California Covid-19 Strategy That Just Doesn’t Add Up 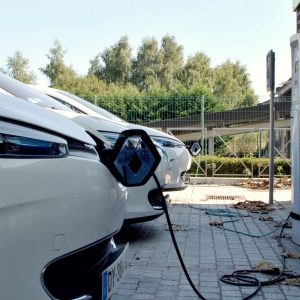 Listen to this article now Ever wonder how long it takes to charge an electric car? It all depends on...