They are currently merging with 890 Fifth Avenue Partners with a target budget of $1.5 billion valuation. The merge is currently expecting to close within the fourth quarter in 2021. Buzzfeed also has plans to acquire Complex Networks, a digital publisher company specializing in streetwear, music, and culture for $300 million.

The company said in an article on businesswire that “With this acquisition, Buzzfeed becomes even better-positioned to thrive in an age of media consolidation.” Jonah Peretti, the current CEO of Buzzfeed also mentioned the plans that “With today’s announcement, we’re taking the next big step in Buzzfeed’s evolution, bringing capital and additional experience to our business.”

The company also has big plans for the future of Buzzfeed in terms of business. They have started to lean into other areas such as e-commerce, branded cookware, and affiliate commerce. With the current plans to go public looking good, it’s estimated to get $654 million in revenue and $117 million in an adjusted EBITDA.

What do you think about Buzzfeed going public? Let us know in the comments below

How To Leverage Clubhouse For Your Business, Even If You Tried And Failed Before 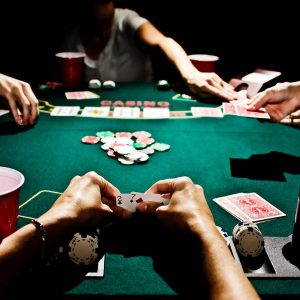 How to Host Poker Night

Gathering your closest friends around a green felt table to play cards is a lot of fun if done right. Learn...