Symbolically on the birthday of Martin Luther King Jr, minimum wage workers all over America staged walkouts and virtual protests. These protests were part of the movement demanding higher wages and paid sick leave. The Fight for $15 movement is hardly a new one. In fact, the organization formed in 2012. However, with a new administration now in the White House, these protestors wanted to do everything possible to reassure President Biden to make good on his campaign promises to raise the minimum wage.

Minimum wage employees working in in fast food, retail, and home health markets object to their current wages. Presently, the federal minimum wage sits at $7.25. Depending on the state or company, some workers manage to make a little more, but not much. Considering that these workers have just as many bills to pay as the next person, it is near impossible to make ends meet.

Given everything on the administration’s plate, and how politicians tend to go back on their word, there were skeptics. Many questioned if Biden would come through for these workers, many of whom have been deemed essential throughout this pandemic. Reassuringly enough, Biden put the fifteen dollar minimum wage in his coronavirus relief proposal. During the rollout for the proposal, President Biden stated “If you work for less than 15 dollars an hour and forty hours a week, you’re living in poverty”. After 12 years of the minimum wage not being raised, more than doubling it would be huge for workers.

Through budget reconciliation, the Democrat controlled Senate can pass Biden’s entire proposal with simple majority. However, there might be some hold outs from some moderate Democrats. They are on the fence of this wage boost, concerned what it will do to small businesses who are struggling. Nationally, though, raising the minimum wage is a widely popular movement. Even the US Chamber of Commerce has recently made a statement announcing they would be open to raising the minimum wage.

While America waits for the bill to go through Congress, Biden signed an executive order on January 22 which called for raising the minimum wage for the federal workforce to $15.

Do you think the federal minimum wage should be raised to $15? Let us know down in the comments.

How Are The Most Successful Entrepreneurs Dressing In 2022? 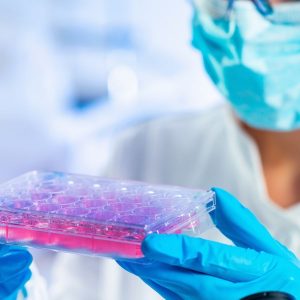 Stem Cell Treatments Are Making Leaps Where Pharmaceuticals Are Failing

Listen to this article now It can be said that if pharmaceuticals were as effective as they are billed to...