Earlier this month, Better.com CEO, Vishal Garg, announced that the mortgage company has decided to lay off about 9% of its workforce on a zoom webinar. This was a mass call that informed over 900 employees that they will be terminated before the upcoming holiday season.

Garg went on to tell his employees that “if you’re on this call, you are part of the unlucky group that is being laid off. Your employment here is terminated effective immediately.” He then told employees that they should expect an email soon from Human Resources that details benefits and severance pay.

Do you think it was unprofessional that Better.com conducted layoffs on a mass zoom call? Honestly, it does not seem like a good look for the company. It was not a sensitive way to let people know that their source of income has come to an abrupt stop.

The former employees of the company have voiced their concerns about the layoff decision. They were confused and shocked that Garg would lay off so many employees all at once. One employee described the encounter as “a surreal moment. It was one of those things that you don’t believe it’s going to happen.”

Other employees have claimed that this is not very surprising because Garg has created a chaotic work culture. Unfortunately, this is not the first time Garg has been involved in controversy. In 2020, he sent an email to staff stating “You are TOO DAMN SLOW. You are a bunch of DUMB DOLPHINS… SO STOP IT. STOP IT. STOP IT RIGHT NOW. YOU ARE EMBARRASSING ME”. So, it seems like Garg has a reputation for being unprofessional. Thus, it does not seem out of character for him to lay off employees via zoom.

Do you think with this recent controversy that Better.com will avoid more scandals or is there more to come? Let us know down in the comments.

8 Affirmations For The Hopeless Romantic In You

7 Great Courses That Can Change Your Career For The Better 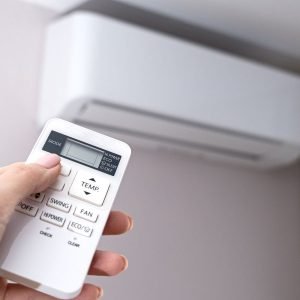 How to Find the Right Form of Air Conditioning?

Listen to this article now Air conditioning comes in various forms, sizes, and styles. While many can achieve a similar...