If you all remember, at the very beginning of 2021, there was tons of conflict over the election results. The Capitol was stormed and riots on the Republican side set off an intense feeling of uneasiness for most of America. A level of disrespect was met that, as a country, it will be hard to get back.

Parler, an app that was popular among conservatives who had stormed the Capitol, was taken off of every app purchasing platform. From Amazon to Apple to Google, Parler was far from accepted due to the horrible things the app would let people share.

Despite their history, Apple announced on April 14th that they will be allowing Parler back in their app store. They believe that, with Parler’s updated guidelines, the app will keep things under control, and it will be a different experience. Alongside their new guidelines, Parler is going to have a new design. They are starting fresh.

You can download the app again as soon as April 26th of this year. With the Apple version of Parler, the app will block some posts that breaches community guidelines. There will be no use of violent language. However, for Android’s and the Parler website, these blocked posts will remain available.

With that being said, Parler promises that they will keep a close eye on the kinds of conversations being had on the app. After getting cancelled once, they don’t want that to happen again.

What are your thoughts about Parler’s recent resurrection? Let us know in the comment section.

Chicago Startups Get Huge Boost From 1871 Acquisition Of Hub88

5 Smart Reasons You Should Move To Atlanta 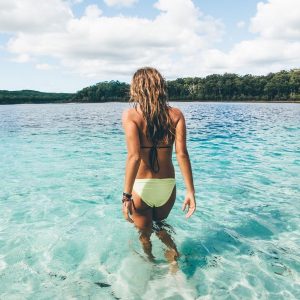 10 Hidden Australian Gems You Must Put on Your Bucket List

Listen to this article now Australia is a huge country so it’s not a surprise that it’s speckled with all...