Photo by Min An from Pexels

Imagine the irony: three men pretending to be a woman pretending to be a man. Sounds like a crazy plot twist from your favorite rom com, right? Last month, that was the precise rouse revealed, as three men walked up to a podium to receive the coveted Planeta Award–the world’s richest literary prize.

Unbeknownst to anyone but a few, Spanish author Carmen Mola (a known pseudonym to her readers) was operating her entire literary career under an identity that is comprised, not of one, but three men collaborating together under the assumed name. “Carmen Mola,” touted as a down-to-earth university professor and mother of three, is the literary brainchild of television scriptwriters Jorge Diaz, Agustin Martinez, and Antonio Mercero. To make matters even more confusing, “Carmen Mola” entered her book, The Beast (La Bestia), to compete for the prize under the assumed name Sergio Lopez…yet another pseudonym. Imagine the audience’s confusion as three men walked up to the podium to receive the luxurious prize and give their acceptance speech.

Some people were shocked yet fascinated. Much the same reaction one would have watching a butterfly emerge from its chrysalis. Others were apathetic. I mean, if the books are good, who cares who wrote them? Still, others, responded with a vehement outrage that three men would dare to pose as a woman author. The feminists in particular have voiced their annoyance at the sham. According to one source, “The Planet 2021 award was not only won by a woman who does not exist, but this, in turn, was embodied by three men.”

The situation presents a thought-provoking question: did the writers use a female pseudonym as a marketing ploy? And if so, was it ethical? Some people believe it isn’t right for a male author to assume a female identity, simply because of power and privilege. What are your thoughts about pseudonyms? Let us know down in the comments.

Exipure is great value for money 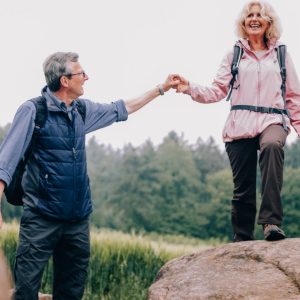 Listen to this article now In the capital city of Anchorage, Alaska, one woman decided to take on the health...