2020 brought a lot of heartache and struggle to the American citizens during the pandemic. If it was hard for some before last March, it was definitely harder after. But in San Antonio, Texas, a local food bank run by Eric Cooper did everything in their power to ensure that people didn’t starve or be left foodless as the pandemic raged on.

During the Christmas season, the San Antonio Food Bank filled their boxes for thousands of citizens who needed the help. Seeing the demand double over the course of the pandemic, Cooper worried that they wouldn’t have enough supplies to meet the high demand. But they did and they were able to help the people who needed it.

Cooper says that since March, they have had multiple families come through the Food Bank that never would before. Being so new to the experience, but having no other option, he noticed that families were confused at how the world had gotten so bad to reach this point. He says that he saw new families come through every day and most of them did everything in their power to avoid the Food Bank, but he ensures them that they are here for them and whatever they need.

Cooper built a strong community that thrives on helping others and giving back. He is doing everything in his power to provide families in need with enough food on their table to just take that one stress off of their shoulders. He wants to help people, and he wants people to know that it is okay to reach out for help because he is there to give it.

What are your thoughts on the San Antonio Food Bank or any Food Bank in your area? Would you be willing to help? Let us know down in the comments.

Taking Care of Your Mental Health While Running Your Business

Even In Death, Tony Hsieh Helps Entrepreneurs Find Their Happiness 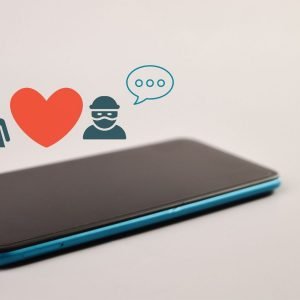 Russian Dating Tips and Lifehacks — How To Make It Work

Listen to this article now Dating a Russian woman can be tricky and challenging. Learn whether it is for you...