A group of 130 nations has agreed on the broad outlines of a global minimum tax on corporations. The Biden administration deems this a huge step forward in its effort to overhaul the tax system and generate more revenues for domestic spending.

The agreement means that the 130 countries will seek to pass laws that require multinational corporations with revenues of at least $24 billion to pay a minimum tax of 15% on earnings in each of the nations in which they operate.

President Biden has proposed raising the domestic corporate tax rate, from 21% to 28%. The White House is hoping that a global agreement on minimum taxes would help prevent U.S. companies from fleeing in search of lower rates. Whether or not this will be successful is still unknown, as there is tons of work left to be done to achieve a total agreement on the tax.

Many technical details still need to be hammered out, and resistance to the tax plan could derail the process in any number of countries. Similarly, several key players in the current international tax reduction system, including Ireland and Hungary, have not signed on.

Opposition to the plan could be fierce in some countries, including in the U.S. The Wall Street Journal editorial board recently dismissed the idea of a “global race to the bottom” in corporate taxation as a “figment of the progressive imagination” that threatens to undo years of pro-business tax reform.

What’s next? 20 of the 130 agreeing countries, known as Group 20 or G20 will meet. G20 finance ministers are expected to sign the agreement in Venice next week. National leaders are expected to affirm it at a summit in October, with the goal of implementing the new system in 2023, assuming resistance does not delay or derail proceedings.

This article was originally posted by GREY Journal.

Understand Cybersecurity To Avoid A Data Breach In Your Business 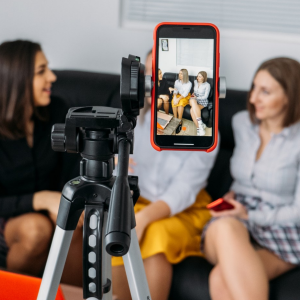 How To Make LinkedIn Work For Your Small Business Or Startup

Listen to this article now LinkedIn has been helping businesses network with prospective employees and clients since its launch in...