Too often you’ll hear people generalize that they don’t know the names and faces of the leaders of tomorrow. Enter P33 with their TechChicago program; The non-profit has given the undertaking to grow the reputation of Chicago as a marquee city for technological advancement and inclusive economic growth, hosting over 2,000 people for their inaugural TechChicago week. To add to the awareness of the mission, they have collaborated with Chicago’s own ad-tech startup, Visual Feeder, on creating immersive outdoor activations to light up the city streets.

It’s an especially sentimental moment for Dr. Christine Izuakor as she now has the opportunity to be the spark for a young Black girl aspiring to be as confident as Dr. Izuakor is today. In an excerpt from an exclusive quote, she explains her full circle moment:

“Today, through the TechChicago campaign, I have become the role model that I wished I had that day in elementary school. It feels surreal and humbling to look at the images throughout the city and know that I am now the woman in ‘the commercial.’ And that some young Black girl will see that and know that she can be that successful businesswoman and so much more.”

Growth across Chicago’s tech sector is at an all-time high – and showing no signs of a slowdown. In 2021, Chicago minted 12 unicorns (6x growth from 2020), tech companies secured a whopping $7 billion in funding (2.5x growth from 2020), and local VC firms raised $5.6 billion in funds (more than double 2020). Yet despite this momentous growth, the fight for talent is fierce. Attracting and retaining tech workers and startups – not only in Chicago but across the nation – remains a major challenge.

The TechChicago campaign builds on the Come Back to Move Forward pilot campaign, which launched in 2021 and reached 1.2 million technology professionals across the nation in the first few weeks alone. 6.3 million tech professionals exist across North America and TechChicago aims to reach a large majority of them (CBRE’s 2021 Tech Talent Report).

We have been keeping an eye on Visual Feeder’s growth for years. We saw how this new firm got its start on the TechStars Chicago 2020 accelerator program two years ago. It has since worked with a number of illustrious clients, including Lyft, Tedx, Adidas, Bacardi, and the Centers for Disease Control (CDC). Due to the efforts of Sandalhon Capital, Blue Field Capital, TechStars, Lair East Labs, and other key angel investors, Visual Feeder was able to secure a $1.7 million seed round. The company, which is based in the US and partners with some of the leading mall owners, has already started a new numerous number of campaigns.

Look out for TechChicago Week ‘23 (Jordan year), which will be even bigger and better.

Special thanks to Madison Capital, JLL, CBRE, and Cushman & Wakefield for hosting their spaces to be used in the campaign.

P33: P33 is a privately funded non-profit focused on driving inclusive, global tech and innovation leadership in Chicago. P33’s work is anchored in deep research and driven by a need to unlock the potential of the digital age to solve some of the toughest problems facing Chicago, such as equitable access to digital careers, talent retention, deep science commercialization, and gaps in our growth-stage startup ecosystem. Launched in 2019, P33 is co-chaired by Penny Pritzker, former Secretary of Commerce and founder and chairman of PSP Partners; Chris Gladwin, CEO and Cofounder of Ocient and Cleversafe; and Kelly Welsh, President of the Civic Committee of The Commercial Club of Chicago.

TechChicago: TechChicago is a movement of Chicagoland’s tech and business leaders to increase visibility around the region’s innovation strengths. Launched in partnership with P33, World Business Chicago, and Chicago’s most notable and emerging technology leaders, TechChicago aims to build a common identity and understanding of Chicago’s tech community, while highlighting the region’s significant growth and standing as a national and global technology hub and leader. To learn more about TechChicago or plug into the community, visit www.gotechchicago.com.

Visual Feeder: Visual Feeder is a Chicago-based ad-tech startup redefining the outdoor advertising industry by turning unoccupied retail windows into engaging visual brand experiences using projection technology. Founded in 2020 by Eddie Yang and Yaxi Yang, Visual Feeder is on a mission to change the face of advertising and marketing by leveraging cutting-edge technology and creating a smart city ad network across underutilized spaces. Since its founding, Visual Feeder has worked with some of the world’s largest brands, including Adidas, Lyft, Lululemon, Hilton Hotels, etc.

How To Prepare For A Trade Exhibition 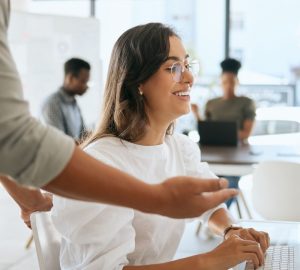 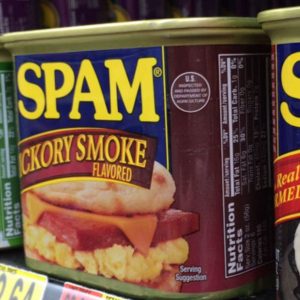 Listen to this article now If you want to liven up the discussion at the dinner table this weekend, here...