Shopping for a budget phone does not mean that you compromise on the specs of the device. This is true especially considering that many corners are cut in designing budget phones. You pay for what you get, and the things that matter to you, like the battery, display, camera, and accessories, are often where the corners are cut. To go around it, some people usually opt for second hands of high-end phones, but the reality is that the quality of such purchases is anyone’s guess. Often you have to spend extra to bring it to a working state which, let’s be honest, beats the purpose of buying cheap.

To get good high-quality devices, refurbished devices are the safer bet.  With refurbished devices from Phonebot, you can be sure to get a high-performing device for the price of a budget phone and have the guarantee that it will serve you for a long time. One such phone is the Samsung Galaxy S10. On its release, it was outrightly the best android phone in the market. Despite having been released two years back, its features still trounce many budget and flagship phones released later on. This is all thanks to Samsung’s overengineering and equipping phones with the latest and the best futuristic features available.

You will be forgiven for thinking the S10 is an old phone because Samsung releases new devices each year. However, at two years in the market, the phone has matured well, and it is a fan favorite for budget hunters. It is reasonably priced, and currently, there are plenty of devices in the market to pick from.  Even with the Galaxy S20 and S21 series that replaced it being released, there’s plenty to be excited about when you bag yourself a Galaxy S10.

During its release, the Samsung Galaxy S10 range had three variants, the Galaxy S10e, the Galaxy S10, and the Galaxy S10 Plus. All of them were equipped with the snapdragon 855 processor. In hardware features, it supports USB-C charging and a microSD slot for storage expansion.  If you like your wired audio, you will be happy to note that it also comes with a 3.5mm jack.

All the Galaxy devices come with a dedicated Bixby button in case you are into using a digital assistant. With your Galaxy S10, you can wirelessly charge and even reverse charge other Qi-based wireless charging devices.  You will be happy to know that besides being setup with Android 9 Pie from the factory, all phones receive regular updates, including the latest Android versions. Currently, they can work with Android 11.

In times not so long ago, a 5-inch screen on a smartphone was considered big. As with the times, the Samsung Galaxy S10e with a 5.8-inch display is the baby of the range.  Unlike its successors, which have an in-screen fingerprint reader, the galaxy S10e has its fingerprint sensor mounted on the side.  For storage, you have a choice between 128GB or 256GB with 6GB or 8GB of RAM. Your photos and videos will benefit from the 10M front-facing and a wide-angle 12MP camera boasting a 77-degree field of view and an ultra-wide 16MP sensor sporting a 123-degree field of view.

The Galaxy S10 is the base model the range, and it has a bigger 6.1-inch display, which comes with an in-display ultrasonic fingerprint sensor. The Camera set up is like that of the Galaxy S10e with the addition of a 12MP telephoto camera.

If you want the bragging rights, the features of the Samsung Galaxy S10 plus are still flagship killers two years on. For starters, the 6.4-inch display with thin bezels and a hole-punch camera make it one of the biggest displays on a phone.  The battery goes up from the 3400mAh of the Galaxy S10 to 4100mAh.  To take advantage of all this hardware, you can opt between 8GB or 12GB RAM and up to 1TB of onboard storage.

It nice to check out the best smartphones in the market, but no matter how satisfying it feels to have a new device, it all boils down to the simple matter of money. Provided you know the features you want, you can always trade the highlights for a device that fits your budget. If you are not one to religiously upgrade your phone every year, you can grab a deal from the Samsung Galaxy S10 range.

When you buy a second-hand phone, you are partly hoping the owner used it gently and that its future issues are not too major to repair. Luckily, you don’t have to cross your fingers with refurbished phones from Phonebot.  The story with refurbished phones is that they are either customer or store returns sometimes because someone doesn’t like the phone anymore, trade-ins, or slightly repaired devices (according to OEM standards).

They are a real bargain because the manufacturers take them through rigorous tests and repair them to restore them to ‘new’ condition. Despite the amount of work on them, they do not command the same price as a fresh purchase hence why they are considered a bargain. To say the least, you are literally getting a new phone for the price of a second-hand –or even cheaper. When you opt to get a refurbished Galaxy S10 series device from Phonebot, you are giving yourself a excellent deal, especially if you intend to find a budget phone. It will trounce most of the new devices you could have bought, and because it is a Samsung, you are assured of support long into the future.

If you are shopping for a refurbished Galaxy S10, it is advisable to buy from a reputable retailer like Phonebot. They even offer a warranty on their refurbished devices, and if you are skeptical, this will give you the peace of mind you need.  Moreover, it is critical that you assess the condition of the devices. Usually, this is indicated using an alphabetical system, Like –New, Open Box, Grade A and Grade B. It is an easy scale to understand. Finally, unlocked devices are better since you won’t be tied down with a contract, and you can select which network and data packages will work for you.

Tips for a Good Professional Reputation 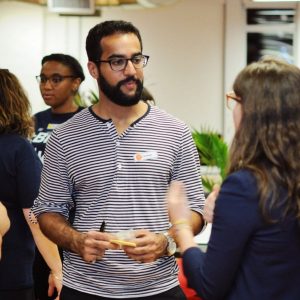 5 Ways Learning a Foreign Language Makes You a Better Entrepreneur

Listen to this article now The more languages you speak, the richer you are, or so the saying goes. And...