As the Biden administration takes office this morning, there are some predictions of how his policies will impact tech firms, which are listed below. Washington’s relations with Silicon Valley are expected to be chillier than under the Obama administration. Biden has said he’s not a big Zuckerberg fan in the past. From a regulatory standpoint, the tech industry enjoyed a light touch during the Obama years. Of chief concern to Big Tech is the Biden administration’s thinking on antitrust.

It’s not known presently what companies are going to be looked at, but it’s true generally that Democratic groups look at monopolies as being anti-competitive. Kamala Harris has a history of being very friendly with Silicon Valley over the years and may exert some influence over what policies Biden ends up favoring. Biden has a history of being a centrist on numerous policies and has had a cozy relationship in the past with financial services firms, specifically in his home state of Delaware.

Delaware is essentially a domestic tax haven for corporations, and as a result, financial institutions such as credit card companies hold tremendous power in the state. For example, one of the biggest credit card companies in the state, MBNA, hired Joe Biden’s son in 1996 as a lobbyist to push for favorable legislation regarding bankruptcy reform, which made it much harder for consumers to file bankruptcy. Joe Biden said at the time defending himself said “I am not the Senator from MBNA.”

So the jury is out how progressive or centrist Biden will be as President regarding consumer regulation of Big Business, including Big Tech. Progressive groups pointed out Biden’s previous centrist positions during the Democratic presidential primaries in 2019. Big Tech now finds itself at the center of a culture war, with a huge part of the population—both on the left and on the right—convinced that big tech companies like Twitter and Facebook are dishonest, politically biased, and coercive.

With a lack of political gridlock, it could make it easier for lawmakers to pass social media legislation. That includes potentially reforming or doing away with Section 230 of the Communications Decency Act, which gives websites broad immunity for content posted by others on their sites.

The provision was signed into law in 1996 during the dawn of the internet when it was hard to imagine the misinformation, disinformation, and extremist content that would come to proliferate on the web. The Capitol Hill riots have further ignited demands to reform the law.

Some argue that there needs to be more antitrust legislation beyond Section 230 reform. Regulators began to take unprecedented action against Big Tech last year. In October, the justice department accused Google of maintaining an illegal monopoly in search and advertising. Two months later, the FTC accused Facebook in engaging in anti-competitive practices—specifically buying its main competitors to maintain its dominance in social networking.

The FTC suit went further than the Justice Department by seeking to actually break up Facebook. Many in the industry think breaking these companies up will lead to increased competition, which will ultimately be good.  There’s now political energy in both sides of the aisle for imposing new regulations on large tech companies.

The Biden years aren’t expected to be easy for Big Tech, but people in Silicon Valley can at least be thankful for an administration that will be less chaotic and unpredictable than the Trump era.

Biden’s tech plans are wider than just regulation. If some of his environmental and infrastructure initiatives get funded, it could mean good things for tech companies. Biden has plans for large-scale infrastructure projects, which would almost certainly include funding for extending broadband coverage and closing the digital divide. That could create new business for tech and telecom companies, and create new markets for digital services.

New environmental initiatives, if they make it through the Senate, could bring new money for green tech and clean tech companies, and more incentive for venture firms to invest in them. In closing, it’s tough to say where the Biden administration will land regarding the regulation of Big Tech given his and Kamala Harris’s past positions.

How do you believe the Biden administration will impact the tech industry? Let us know down in the comments.

Marketing leader with a proven track record of delivering growth through clear, focused strategies in Digital Strategy, Integrated Marketing and Advertising. He focuses on Business to Business and Business to Consumer marketing and advertising campaigns that drive new customer acquisition. He has traveled internationally for the last few years while working remotely. 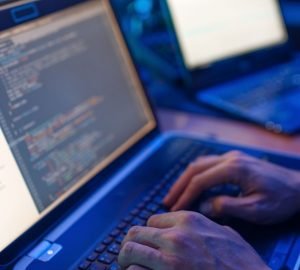 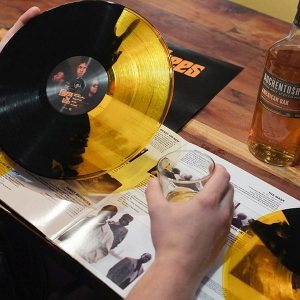 The Ultimate Wish List For Dads With Good Taste

ith Father’s Day quickly approaching make sure to get your dad something, he’ll actually use. Here’s a list of gifts any man...