Decades ago, wondrous technology could only be foreseen in television and movies as filmmakers implanted ideas into people’s heads of what the future would look like. People have been fantasizing over space battleships, flying cars, automated human-like robots, holograms, augmented and virtual reality, self-driving vehicles, and a world activated with the most highly advanced technology. The launch of Tesla motors in 2008, an all electric hybrid vehicle founded by Elon Musk, turned fantasy into reality.

A year after Tesla was launched, John Krafcik introduced Waymo into the market, a Google self-driving car project known as the world’s first driverless ride on public roads. It wasn’t long before self-hailing rideshares like Uber and Lyft were released into the market in early 2010. Rideshares then started adding up more services to their company like self-hailing delivery systems. The sci-fi dystopian future having been seen only in movies has become the reality of today and more or less we can say that life has never been so much easier for us to get what we want the second we need it.

Alexandr Wang, the 22-year old CEO and co-founder of Scale AI, has developed an algorithm on machine learning and augmented reality. Companies such as Airbnb, Lyft, Uber, Waymo, GM’s cruise and Open AI rely heavily on their API to improve the quality of their products.

According to Wang’s interview on Bloomberg, Scale AI or Scale Artificial Intelligence functions as a platform built for the company to get the data they need in order for them to create the required software for their product.

The data the 22-year old CEO pertains to is the algorithms used to process and create image data, radar data, tax data, tabular data and speech data. Wang believes that without the data they have, companies would not be able to build the algorithms needed to create a safe and reliable autonomous vehicle. According to him, “Tasks that used to take hours end up taking just a couple of minutes” with the software they have. Scale AI is able to determine the images and label most of them automatically.

According to Wang, augmenting humans with technology is essential as AI plays a critical role and humans are an important process in ensuring that the product is performing reliably and safely. As mentioned in his interview, “It takes billions or tens of billions of examples to get AI systems to human-level performance.” Wang’s invention created a huge impact in the development of the augmented technology, especially with self-driving vehicles. Although, the young CEO did not comment as to which company’s autonomous vehicle will be the fastest in the market. He is, however, excited as to how the company advances every year in upgrading their technology.

Alexandr Wang grew up in New Mexico as the son of two physicists. He excelled at coding competitions and started getting offers at tech companies at the early age of 19. Scale AI is now a three year-old start up.

Alexandr Wang, like Steve Jobs, is one many college dropout billionaires. Yet he later went back to school for a year to hone his skills and build a start-up company. He believes that as long as you know what you want to do, you do not need a degree to get what you want to accomplish. As mentioned, he believes that people care more about your skills and what you can accomplish.

What do you think about Alexandr Wang and the future of self driving cars? Let us know down in the comments.

Your Questions On New Jobs and Pronoun Etiquette

Will Disney Plus Beat Netflix In The Streaming Service War?

I’m a seeker. I seek for adventures, new experiences, reputation, friendships, discovery, above all I seek for hope. More importantly, I’m a writer. I write more than I say. 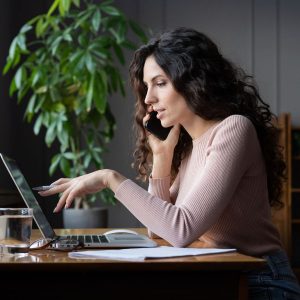 Listen to this article now You’re tired of working for other people and are ready to strike out on your...