Out of the six million Americans diagnosed with Alzheimer’s disease, approximately four million are women. Additionally, it was discovered that women over 60 are two times more likely to develop Alzheimer’s than breast cancer. These startling statistics, compounded with other gender-based research, led Maria Shriver to disrupt the redundant narrative that women are more likely to be affected by Alzheimer’s disease because of their longer life expectancy. Founded by Maria Shriver after the Alzheimer’s diagnosis of her father in 2003, the Women’s Alzheimer’s Movement is dedicated to researching the science behind why women are more at risk for this neurodegenerating disease and committed to providing support and resources for patients and caregivers.

Last week, I had the opportunity to speak with Dr. Mirella Diaz-Santos of WAM. A neuropsychologist by training, Dr. Mirella Diaz-Santos joined the Women’s Alzheimer’s Movement in 2018 and commits herself daily to working alongside the Latina/-o communities here in the US, providing them with quality healthcare for Alzheimer’s and other neurodegenerative diseases, and empowering them with the resources they need moving forward once a diagnosis is established.

Brittany Baugher: As a neuropsychologist by training, what are conditions that you treat patients for on a regular basis?

Mirella Diaz-Santos: “At the current moment, I do not see patients. When I was a clinical fellow at UCLA in the Department of Psychiatry and Biobehavioral Sciences, I did evaluate young to older adults with cognitive complaints secondary to multiple neurological and psychiatric diagnostic differentials, including learning disabilities, traumatic brain injury, epilepsy, dementia, Parkinson’s disease, Alzheimer’s disease, Stroke, depression, and PSTD.

During my second year of fellowship, I specialized in dementia differentials among bilingual Latino/a/x-Hispanic older adults after seeing a clinical pattern with my supervisor, Dr. Paola Suarez, in our bilingual patients where the behavioral expression of a possible Alzheimer’s disease etiology did not completely follow the typical amnestic (memory) presentation. Unfortunately, what we saw clinically is that these patients were misdiagnosed early in the course, closing the window of pragmatic pharmaceutical and behavioral interventions aimed at maintaining a dignifying life, with a true understanding on the disease and the progression.”

BB: What has been the most rewarding aspect of your career?

MDS: “To be candid, the most rewarding aspect is working alongside my Latino communities. I continue to learn with each of them and collectively develop plans to use the platforms I have been given by my academic and professional positions, to continue to advocate for equitable health care services for the whole family (patient, caregiver, community) going through the journey of caring with compassion and love. In other words, working alongside them keeps me grounded in what matters the most to achieve our collective mission of living a healthy and long life without medical conditions, shipping away our precious time on this planet with the people we love.”

BB: What age group do Alzheimer’s and dementia typically affect the most? Do you ever meet with younger people that have the early stages of these illnesses?

During my clinical fellowship, I did work with a Latino family from South America whose mother was demonstrating significant memory decline. The puzzling part, at that time, was that she was in her early 50s and rapidly deteriorating. We were working alongside Dr. Mario Mendez known for his work on atypical dementia and putting all the missing puzzles pieces together. At that time, we were trying to connect with her family living in South America to determine whether there was a robust family history of Alzheimer’s disease, thus ruling in the possibility of a genetic variant. We tried our best, but we couldn’t connect with her family.

As neuropsychologists, we work as consultants to other medical providers, so I did not get to follow this patient and her family. It breaks my heart every time I think about her and all the other families trying to look for answers on what is underlying such a devastating change in the people they love and care for.”

BB: How do you balance your career and personal life? How do you establish and maintain personal boundaries?

MDS: “This is always a tough question to answer because it’s always constantly evolving. When I began my academic and professional journey, I was always hustling. As a first college graduate in my family who left her island for higher education, I did not have a blueprint on how to balance a career and personal life. But what I observed since coming to the States for graduate school was constant hustle, constant exhaustion, “fake it until you make it” narrative, with the illusion that you will have a greater balance once you reach your goal. However, what I have learned is that the systems, and those who support them, want you to be exhausted. In academia, the message is, “publish or perish.”

When I also learned that women in academia earn significantly less than men, and that we do not make it equitably to leadership positions, I began to reflect who I wanted to be on this journey. I chose to be authentic; authentically myself and unapologetic. I always thrive to integrity in everything that I do in both my professional and personal life. As you can imagine, I have read all the books from Dr. Brené Brown on vulnerability, courage, authenticity, trust, and boundaries.

For the past 2 years, I wake up every morning to meditate, journal my intentions for the day, and say my gratitude for what I have and don’t have, proceeding yoga and then a morning walk in my neighborhood. To the eye of an academic, this is time wasted. For my soul, this routine keeps me grounded, allowing me always to show up standing resolute in my power. If someone questions my routine, I always cite the science on how these lifestyle choices reduce my chances of developing dementia in the future.”

BB: What does family mean to you? How do you make your family a priority?

MDS: “My family is my world. I did make the hard decision to leave my family at age 23, yet my intention is to be present. To call, facetime, to fly as much as I can, always reminding them about my love for each one of them. Making my family a priority involves resolving the voices of the different institutions saying you’re always behind, that you’re incompetent, and that if you don’t place work as a priority, you are a failure. Well, the data is clear. Even for women who put work as a priority, they don’t equally attain those salaries and leadership positions. Mind as well, make your journey your own and claim it as such.”

BB: Tell our audience about your amazing work with the Women’s Alzheimer’s Movement. Can you tell us a little bit about the organization and what it stands for?

MDS: “I began partnering with the Women’s Alzheimer’s Movement 3 years ago due to their mission and vision responding to the stark statistics on the number of women disproportionally affected by Alzheimer’s disease directly and indirectly (as a caregiver, spouse). Women are at higher rates of developing Alzheimer’s disease and WAM wants to increase awareness, support research that studies the mechanisms (the why to this statistic), and apply the science to generate educational interventions to ultimately prevent this devastating disease. My work has focused in the Latino/a communities.”

BB: Could you elaborate some on your work with the Latino/a community?

MDS: “The foundation of my work is knowledge is power, power to advocate for ourselves towards a healthy future. I focus on access to most recent, ever-evolving, evidence-based knowledge about brain health, Alzheimer’s disease and related dementias. One thing I have found in my academic and community work is how we convey information, and its impact on the access we have to that information. Academic partners have said, “communities need more information.” Community partners have also said, “we need more information.” Despite many educational efforts throughout the years, we continue to hear the same message. To this, I have pondered throughout the years, “what are we specifically asking? It sounds like we are asking the same thing, but we are not.”

What I have found is that we as academics continue to have a hard time making the information accessible to our communities. And by accessible, I mean to convert the academic Anglo-Saxon Westernized language into a language, accompanied by visuals, music and art, that resonate with and capture the unique and divergent lived experiences of our historically minoritized communities. With equitable access to knowledge, my hope is that each community member uses the same medical jargon to strongly advocate towards equitable health care without settling for second best.”

BB: What was it like when you first moved from Puerto Rico to the States? What was the experience like? What are some cultural differences?

MDS: I will not lie. It was a very hard transition. I became a “minority” overnight linked with multiple negative stereotypes. For a long time, I felt like an outsider and that I didn’t belong here. My language and culture were constantly ridiculed, forcing me to “behave” more appropriately. Nowadays, I have found an amazing community, including the WAM community, that values me for who I am and what I bring to the conversation. Thanks to living in integrity and authenticity.

What are your thoughts about Dr. Mirella Diaz-Santos’s partnership with the Women’s Alzheimer’s Movement and her work with Latino/a communities? Leave us your comments down below.

Virtuality, Metaverse & How We Reinvent Ourselves 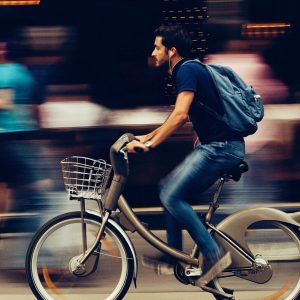 Listen to this article now Research shows that 55% of freelancers in the world still keep their full-time jobs. This...