Sometimes it takes meeting the right people to realize what you’re made of. This is exactly the case for editor, videographer, and director Ryan Tian. From a young age he was always taken in by the beauty and creativity of filmmaking, but was not sure where to start. After meeting individuals in the industry and learning from them, he knew this was his path.

Ryan would soon create commercials, music videos and short films. Each one of these, as he explains, is unique; “These all in a way are like different kinds of containers of shaping a story, which leads to different visual presentations and reactions. For example, the challenge to commercials is so different from creating short films. To seize the viewers’ attention in a couple of seconds and convey an attractive message visually, soundly, and charmingly is particularly challenging. But on the other hand, it excites/drives me to see where my limit is. Short films do give you more time and space to create a more varied story world and you have more time with actors to develop deeper characters. On the controversy, it requires more.”

Ryan would soon master these disciplines and begin earning awards. He won awards for the films When Sky Was Sea and For Want of a Nail. For When Sky Was Sea was a Gold Remi Winner at the 52nd Annual Worldfest-Houston International Film Festival 2019 and “For Want of a Nail” won Best Editor at the Feel The Reel International Film Festival 2018. There are also many other festivals where both projects earned awards. As far as commercials go, he won Best Commercial / Promotional Video in Top Shorts Film Festival 2021, which he filmed and edited.

With his filmmaking studies background in the UK, and solid working experience, he took America by storm with his impressive storytelling and directing. Being a music lover also helps as he has welcomed work with musicians on videos. He believes music is an essential part for creating visually driven stories; the only challenge is to make each frame count where the magic happens.

As we mentioned before, he has also worked on short films. He managed to be a semi-finalist for Best Short Film at the FilmOneFest 2021 for the project “Dreamland” as the Director, Cinematographer, and Editor. The winners will be decided by August 2021. Ryan has become a sought-after talent with such accolades it is no surprise how he has elevated his game. Yet, outside of being an award-winning editor and cinematographer, he also creates comprehensive skill sets for visual language and storytelling.

Ryan is currently working on a few commercial projects and a mini-web sci-fi series in post-production. In addition, he is developing a narrative drama, deep humanity short, and a feature script.

Trading Cards Have Made A Huge Comeback, But Why?

Handheld Gaming Is Getting Steamy With Valve’s New Steam Deck 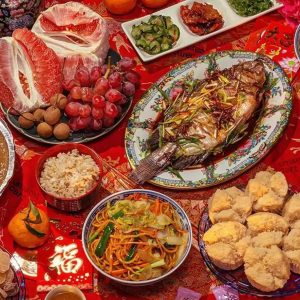 Listen to this article now In a world populated by individuals from many nations, cultures, and walks of life. We...