By now, every startup founder knows the story of how Amazon began as an online bookstore run from Jeff Bezos’ garage. The $1.14 trillion company’s success story is one that has inspired countless entrepreneurs to launch their own businesses with nothing but a few dollars to their name. Yet, while Jeff Bezos was busy running Amazon from his garage, one woman was right there with him from day one. MacKenzie Scott is one of the richest women in the world, yet no one knows her name. Until now.

MacKenzie Scott met Jeff Bezos in 1992 while working at a quantitative hedge fund known as D.E. Shaw. She described to Charlie Rose in 2013 how she became infatuated with Bezos by his laugh. The pair married in 1993 and it was to Scott whom Bezos first pitched his idea for an online business. Scott had been keeping an eye on the rapid growth of internet usage and encouraged Bezos to pursue his idea. Though it wasn’t a financially secure decision, both Scott and Bezos quit their jobs at D.E. Shaw in 1994 and left New York in favor of Seattle. As Scott drove them across the country, Bezos wrote up his business plan for an online bookstore.

Origin of Amazon and Books

Amazon launched from Bezos and Scott’s garage with Scott working as the company’s administrator. According to former Amazon employee Jonathan Kochmer, she helped employees with problems related to paycheck and travel. Scott had wanted to be an author since she wrote her first book at age six, so her husband’s plan in running an online bookstore spoke to her personal interests. As we know today, Amazon went on to become the most successful online retail store not just for books, but for every good imaginable. However, Scott would go on to fulfill her childhood dream.

Becoming One of the Richest Women in the World

In 2019, Scott and Bezos announced they were filing for divorce after a long period of separation. After the divorce was finalized in April 2019, Bezos kept 75% of the couple’s Amazon stock and Scott received the remaining 25%, which equalled to $35.6 billion. The settlement consequently made MacKenzie Scott one of the richest women in the world. But what Scott did with the money is truly remarkable. She decided to give it away.

Shortly after her divorce settlement, Scott pledged to donate the majority of her wealth and announced in July 2020 she would be giving away $1.7B. Like most of us, Scott watches in shock as 2020 continues to unfold as one of the worst years in recent American history. With the coronavirus rewriting how we conduct our daily lives and racial tensions running rampant across the U.S., Scott decided to make a change. She is splitting the $1.7B among various non-profits, HBCUs, civil rights organizations, healthcare institutes, and more. Above all, she plans to continue donating in the days to come.

MacKenzie Scott is no stranger to philanthropy. In 2014, she founded an anti-bullying organization, Bystander Revolution, and currently serves as its executive director. Though she has remained largely out of the spotlight for years, now she is making a name for herself in helping others. As one of the richest women in the world she is showing everyone that wealth can be shared and the world is much better off when we help one another. Just as she was there to help build Amazon from the ground up, she may be giving other potential startup founders a chance to get off the ground by proving them with educational resources that otherwise might have been unobtainable. This not only makes Mackenzie Scott a wonderful philanthropist, but someone others with wealth should look to as a leading example as well.

What do you think of MacKenzie Scott’s pledge to donate her Amazon fortune? Let us know down in the comments.

Everyone Around You Could Be Bilingual By The Time Lockdowns End

Next Time You’re Looking For Parking, Restaurants Might Do This 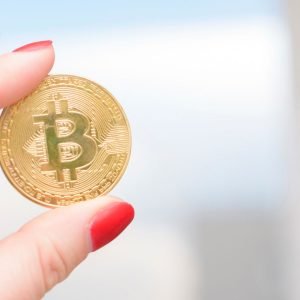 Listen to this article now In addition to these disadvantages, virtual currencies have increased fee and charges because they are...