What do you get when a bunch of neighborhood guys and a talented woman combine their forces for the good of mankind? You get the Wiseguyz Show coming to you from the state of New Jersey. The characters, because that is what they are; Freddy “the Fireman” Tenore, Mike “Jumpin” Gennaro, Italian Singing Sensation “Biagio”, Billy Gagootz ‘aka’ Bubblegum Gangster, Annette the Talent Coordinator, and Joey Catalano have created a show that is full of all types of hijinks sprinkled with relevant information.

They have developed a show that covers a lot of ground whether it be entertainment or current news. They have had many interesting guests on their show. Some of the more notables were Jerry Mathers (the Beaver) Robert Davi (The Bronx Bull), Demond Wilson (Sanford and Son), Erik Estrada and Larry Wilcox(Chips), John Amos (Coming to America), Rick Cerone, and most recently Clint Howard and Fred Schneider of the B52’s.

The group was motivated to create the show as an extension of the Original Wiseguy Show that was on Sirius Radio. The co-host of that show was John “ChaCha” Ciarcia.  Freddy and his crew created a spin-off of it. It is important to know that the show has supporters of various charitable groups like Autism, Lupus, 9-11 Emergency workers, Special needs kids, Breast Cancer, Scholarship funds for underprivileged children, etc.

The nicknames they have adopted are typically derived from who they are. Mike “Jumpin” Gennaro got his nickname from his old Band which he was the lead singer, Italian Singing Sensation Biagio got his nickname from singing and performing music for over 40 years, Billy “Gagootz” (Italian for Squash) got his name from when his grandfather from Sicily grew huge squash plants in his backyard in Brooklyn. Bubblegum Gangster ™ is a fiction novel Billy has written which is about Angels and WiseGuys. And finally, Freddy, “the Fireman”, worked with the Newark Fire Department, of course, got his since that was his profession before becoming a lively radio show host.

The show’s goal is to be a voice for the Italian American community, and they encourage all Italians as well as all cultures in America to save and preserve their history and fight all cancel cultures. Especially the younger generations. The show has been around since 2013 and has made many changes in personnel and structure. They have recently legally Trademarked “The Wiseguyz Show” with the USPTO and are growing every day as one of Social Media’s top Social Media Network resources for all varieties of entertainment and more. They are presently working on booking such guests as Bob Eubanks, Richard Tyson, David Newell, and 3-time Boxing Champion Iran Barkley from 2022 into 2023. The last guest is fitting since The Wiseguyz show is in association with Celebrity Boxing and does the hosting. They debuted on DDV Radio in 2013 and are now on nine different syndicated networks. They are currently finishing their 9th Season and Broadcasting LIVE On their Facebook Group with 33 thousand members!

“We Have Many Other Special Guest Celebrity Hosts and We Definitely Take everyone on a Wild and Crazy Roller Coaster Ride to God Who Knows What and Where. We will Leave You Proud of your Culture and Heritage and/or Laughing your Ass Off about something we are doing, and we bring it right onto the Next Show now in a video segment. We leave No Stone Unturned as We put a Wiseguy attitude Spin on Everything but Don’t Take Us Too Lightly because We Can Be Very Serious Too. We will Always be A Voice for Italian Americans Worldwide and we enforce to constantly spread it to the younger generations trying to protect and preserve Our Ancestors Culture and Heritage as best we can, especially through our youth.”

The team also attends events like Red Carpets, Film Festivals / Movie Premiere’s, and Conventions where they do live interviews. They also host Italian American events headlined by Biagio and sometimes from a well-known entertainer from the US or Italy. It is a unique radio platform that anyone should try out and believe it or not you will get hooked. For more and everything about The Wiseguyz mission and The Wiseguyz Show Just Join and check out all the amazing things they do and are a part of on their Facebook Group page or Our “The Wiseguyz Show” YouTube Channel to see all their video archives.

The Mind, Body, and Soul Advantages of Psilocybin and Magic Mushrooms

How To Choose The Right eSignature Software For Your Business 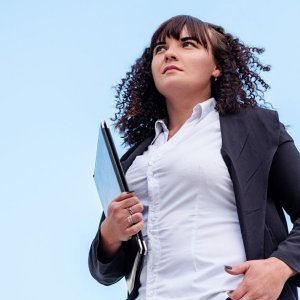 If 90 Percent Of Startups Fail, How Do First-Time Entrepreneurs Become Successful?

Listen to this article now Being a first-time entrepreneur can be daunting. This is especially true if someone is from a...