Have you ever heard the saying “No one pays attention to the janitor”? Well, you should. Not only are they responsible for keeping the facilities we use clean, but they also know everything that’s happening in and out of offices. Sometimes, they may even have brilliant ideas of their own. Such is the case of Richard Montanez, a Mexican American businessman who spent his early years mopping floors at Frito-Lay. This is the story of how Richard Montanez went from being a janitor, to the inventor of Flamin’ Hot Cheetos, and eventually becoming a vice president at Pepsi.

Richard Montanez on Standing Out

Richard Montanez recalls the time he first realized he didn’t fit in. As the child of immigrants from Mexico growing up in 1960s California, Richard lived in a very different country than the one we see today. His parents worked in a farming camp and he used to pick grapes alongside them as a kid. When he went to school, Richard’s mother would give him a burrito and a cookie for lunch. All the other kids would eat bologna sandwiches and stared at him because they had never seen a burrito before. He was so embarrassed, he decided to hide it in his bag.

That same day, Richard begged his mom to make him a bologna sandwich, but she refused because she did not want him to shy away from his culture. Instead, she gave him two burritos the next day: one for him and one to share with a friend. By the third day he was selling burritos for $0.25 each. This is when Richard began to understand that he was not born to fit in, but to stand out. His mother’s example also helped him see that if you have a product that is good enough, you can create an entirely new market that did not exist before.

Even though Richard overcame his issues with standing out, he still struggled at school due to language barriers. Richard eventually dropped out of school and began working to help at home at a very young age. He accepted jobs at minimum wage, such as gardening and washing cars, and his chances of success looked slim.

The Inventor of Flamin’ Hot Cheetos

As luck would have it, Richard learned of a janitor position at Frito-Lay and took the job. One day, he began wondering what would happen if he put chili powder on a Cheeto, just like local street vendors did to the elotes they sold. Following his mother’s advice to embrace his Hispanic heritage, Richard took some unseasoned Cheetos home and began experimenting with them. After taste-testing with his family, Richard pitched the idea to Roger Enrico, Frito’s CEO. Enrico then gave Richard two weeks to prepare a presentation. After reading everything he could about marketing in the library, Richard convinced a panel of executives to take a chance on his idea.

Frito began testing their new Flamin’ Hot Cheetos in Hispanic neighborhoods because Richard knew they would appeal to Latino flavor palates. They placed bags in Mexican markets and were thrilled when sales began to take off. By the early 90s, Flamin’ Hot Cheetos were available nationwide and are considered a billion dollar brand today.

Speaking on Civil Rights and Diversity

Shortly after the success of his invention, Richard Montanez was able to leave behind his janitorial position and work his way up the corporate ladder at Frito-Lay. Richard eventually became Vice President of Multicultural Sales & Community Promotions at Pepsi’s North American division. Today he continues to work as a motivational speaker helping others like him come to terms with their uniqueness and embrace that they are meant to stand out. He explains how civil rights and diversity are two separate entities, but when you educate yourself enough in both, then you can put them together.

Needless to say Richard’s story is an inspiration to the Hispanic community. For Latinos to see that a cultural staple such as Flamin’ Hot Cheetos was invented by the son of Mexican immigrants, it helps enforce the idea that we can leave our mark in the world even when others try to make us feel like we don’t belong. For aspiring entrepreneurs, remember to acknowledge your roots and embrace what makes you different. Who knows? You may just discover a market need you never knew existed.

What do you think of Richard Montanez and his story inventing Flamin’ Hot Cheetos? Let us know down in the comments.

Can GREY.style make you hustle smarter while in style? 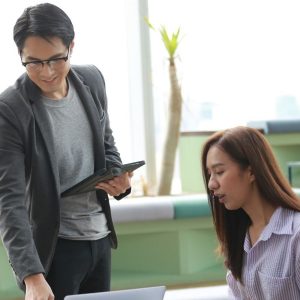 Listen to this article now Investors and shareholders are the lifeboats of a business whenever the business is likely to...