Did you know after school programs for teens that focus on apprenticeships, internships, and mentorships lead to higher quality employment by the age of twenty-nine? They are also proven to increase adolescent safety by reducing teen exposure to crime and drug abuse. Spotivity, an app dedicated to helping teens connect to better after school activities, knows the benefits these programs offer and is raising awareness on a global scale with the help of renowned hip hop artists.

Since the launch of this tech startup in 2019, Spotivity has been changing the after school program scene by introducing a free app where teens can find and safely enroll in activities that are of interest to them. The app also implements a unique point system where kids can compete with one another by participating in activities and earning socially notable digital rewards. Founded by Montana Butsch, this tech entrepreneur longed to help kids pick up after school activities that could better change their lives.

In order to draw awareness to the platform, Spotivity has kicked off its hip hop #MicDropChallenge. Each artist participating is provided with the same beat and lays down a free style that breaks down how after school programs greatly impacted them. This challenge is spearheaded by notable hip hop artists such as Andy Cooper, Jess The Facts, Bianca Shaw, Curtis Roach, and more.

Andy Cooper is an accomplished vocalist, songwriter, producer and performer from Long Beach, California. After helping form the hip hop trio Ugly Duckling—a lauded underground group that toured the globe and released six albums over a span of twenty years, Andy launched a solo career in 2015. So far he has released three solo LPs and recently worked closely with popular UK production team The Allergies. He grew up in an after school program run by a local church that he notes was safe, fun, and where sports, art, and social connections were always an option. He chose to participate in the #MicDropChallenge because he loves the idea of young people pursuing their gifts and dreams while avoiding negative, wasteful, and destructive environments.

What is something Spotivity provides to teens today that you wish you had known when you were younger?

“Hard work and dedication are actually fun. I often avoided commitment, assuming it was too much trouble only to find out that standing idle was, in the long-run, much more stressful.”

What advice do you have for anyone interested in pursuing a music career?

“Listen to great music from every era, not just what you’re interested in currently. All music, regardless of genre, is deeply connected and familiarizing yourself with the language of song in every form and from every time-period will greatly help you to be creative and expressive.”

King of the backpack rappers, Jess The Facts is considered one of the most slept-on and important recording artists of the post-2000 era. Boasting a catalog of well over ten timeless albums of music, he is a revolutionary and a poet of protest who battles against the conformity of social norms. He writes with the purpose to inform, giving people just the facts. As a teen he was involved in several after school programs that kept him healthy and out of trouble including boxing, football, basketball, street hockey, and screen printing.

Why did the #MicDropChallenge spark your interest?

What is something Spotivity provides to teens today that you wish you had known when you were younger?

“I wish I would’ve known about more fun options. I would have done rock climbing, cliff diving, etc., if I was provided the opportunity.”

In addition to launching their #MicDropChallenge, Spotivity has launched two new features to help kids all over the world deal with pandemic related isolation. The app is now available internationally and, in any area where there are twenty providers within a two mile radius, the app’s dynamic mapping feature will further provide instant location information. Their goal is to no longer have location be a barrier that stops kids from making better after school decisions.

Spotivity also features a first of its kind Pocket Genie. This machine learning recommendation tool allows users to learn what college majors align with their personality. With only 66% of high school students enrolling into college after graduation, this tech startup can help those who are unsure which path to take find the right fit for themselves.

The #MicDropChallenge is a fantastic way to get kids connected on Spotivity and thinking about their future. For those of you who feel they have better skills than the artists featured, Spotivity wants you to submit. They provide the beat for free, so all you have to do is tag them on social media with the hashtags #spotivity and #micdropchallenge. Freestyles and DJ Scratches worth mentioning will receive a shout out and, possibly, win a spot in the next iteration to throw down with other established stars.

So, who do the current #MicDropChallenge artists want to see take the stand?

“I’d love to hear Thes-One from People Under The Stairs.”

Think you have what it takes to win the #MicDropChallenge? Submit your freestyle here.

Have after school programs benefited your life? We want to hear from you down in the comments. 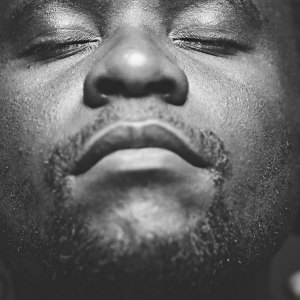 Entrepreneur Playlist For A Motivated Mindset

Listen to this article now If you’ve ever been in the gym, you’re aware of the equipment but also the...