Manhattan’s lower east side Hudson Yards neighborhood was a buzz with the high-powered creativity, production, and technology-driven activity of Advertising Week New York 2022. Marketing Technology, TV, Film, Podcasting + Audio Content Streaming Platforms, and Content Producers were the stars of Advertising Week New York 2022. There were also some very interesting Ad Tech + Content Production companies in the Startup Showcase. The venue Marketline was also interesting, because of its really open spaces + very high ceilings; as well as it being home to one of the largest and most diverse food courts in the USA. Thanks for the access Matt S + Lydia B.

Advertising Week, launched nearly two decades ago is the top and most iconic marketing + advertising industry-centric professional conference + showcase. In the beginning, the massive speaker rouster was dominated by consumer brand executives, advertising agency creatives, and major TV + Film production studios. It was an opportunity to rub shoulders with top industry leaders like OmniCom CEO John Wren and emerging leaders like LaBron James’ business partner Maverick Carter. At that time, Advertising Week then was a four-day schedule of Panel Discussions in Theaters in Times Square, Corporate Events Spaces in Midtown, Reception Near Washington Square, and Parties in places like BB Kings Restaurant. You needed an MTA Week Bus Pass.

From the beginning, Advertising Week made an immediate impact with features like the Parade of Brand character, which had the likes of the Jolly Green Giant, Tony the Tiger, and The Pillsbury Dough Boy marching down 7th Avenue through Time Square; too much fanfare. Did I mention Parties in Grand Central Station?

Advertising Week NY 2022 has evolved significantly. Most of the activities were under one roof, so no need for the MTA Week Pass. All of the stage discussions and interviews were live-streamed to reach a much larger audience than those in-person, as it should be, nowadays. There were independent Live Stream Interviews being conducted in a PopUp Studio on the main thoroughfare. Celebrity speakers included, but were not limited to; Radio Personality Charlamagne tha God, Today Show’s Al Roker, SNL’s Keenan Thompsom, Media Personality Katie Couric, Deepak Chopra, and more.

I found the WIFF (Women’s International Film Festival) + WIFF Ecosystem interview of WIFF CEO Yvonne McCormack Lyons by East Coast Media Maven Dhomonique Murphy to be particularly relevant, considering we are essentially in the days of The Rise Of Women. The WIFF Ecosystem exists to empower women creatives and producers, from the most accomplished to those who want to be. Thanks, Michael G for making this happen.

Did I mention the very generous sponsored daily Food + Beverage service in the main networking lounge, the YouTube Workspace, the Media/Press Room, AdConnect Happy Hour Sponsored by Aussie Advertising Advantage, Australia? However, it was the off-site, but close by, multiple-level Equality Lounge + Bar I found most captivating. The focus there was all on women, but they let me in any way. How bout that?

Advertising Week NY 2022, was showcased for and made possible by such powerhouse brands as: 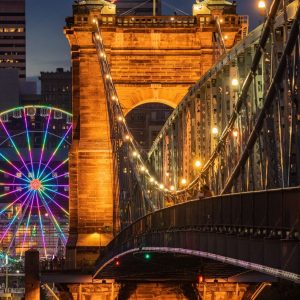 If you're an engineer, accountant, teacher, nurse, or any other occupation and looking for your dream job, then check out...