“The American Dream”, coined during the early and mid 20th century, is defined as the mantra for economic prosperity and success in American life. This, of course, seemed like a pipe dream for many Asian and Pacific Islanders at the time, with exclusionary acts and anti-labor forces. As we close the month of May in celebration of Asian and Pacific American Heritage Month, it is important to examine the following note-worthy achievements by a selected few entrepreneurs in their respective industries to see this generation of baby boomers through the lens of Asian and Pacific-American culture.

David K. Lam, an MIT alumnus, has been a long-standing name in business and technology for decades. He worked with Hewlett-Packard, Xerox, and Texas Instruments before venturing into his own company, Lam Research, in 1980. As a young boy, he moved from his native Vietnam, settling in Hong Kong to avoid conflicts during the expansion of war in the 1950s. Lam is serving currently as CEO of David Lam Group and an expansion of his company for technology research and investments.

John S. Chen is currently the CEO of Blackberry, known for its iconic phone in the early 2000s. Born in Hong Kong, he went on to study electrical engineering at the California Institute of Technology and has worked with software tech firms Sybase and data company, Siemens Nixdorf. According to Canadian Business, Chen was the highest-paid CEO in Canada in 2016, earning close to $90 Million.

Peggy and Andrew Cherng, cofounders of Panda Express, started their humble restaurant in Southern California, but have since expanded their brand worldwide with nearly 2,000 locations. Their restaurant chain has been met with controversy, with employment lawsuits in 2018 regarding compensation for overtime pay. But both Peggy and Andrew continue their approach for bringing their Chinese heritage into the competitive world of restaurants.

David Tran—founder of Huy Fong Foods—widely known for the Sriracha Hot Sauce. The iconic condiment reached a bit of a craze in the early 2000s, and for delicious reasons. Tran founded that company after fleeing communist Vietnam in the 1980s. In the beginning, Tran received criticism for his hot sauce, which didn’t appeal to the American palate; now worth over $60 million, Tran has certainly left a singe of fire in the foodservice industry with his spicy sauce.

Sheila Lirio Marcelo is a Filipina and the founder of Care.com. The simplicity of the site revolutionized technology in private healthcare. Marcelo’s company, which is valued at $500 million as of December 2019, has given confidence to people seeking caregivers on the internet from its inception in 2006. Though some issues have arisen, with users finding difficulty in certifications of qualified caregivers, the pioneering technology has inspired similar applications. Marcelo has since stepped down as CEO of Care.com to pursue other ventures.

Tariq Farid is the founding operator and CEO of Edible Arrangements. Born in Pakistan, Tariq Farid created a highly recognizable business and one that has made unique changes to its industry. Forget gift cards or flowers, Farid invested in fruits and creativity; in 1999, he opened the first Edible Arrangements store in Connecticut. Now valued at over $600 million, Farid is basking in sweet success.

Today’s generation welcomes more inclusion in a wide-range spectrum of American businesses. And that opportunity was certainly brought upon by the pioneering entrepreneurs of our parents’ generation. We can take this time to appreciate their hard work and sacrifices that have inspired the endeavors of today’s entrepreneurs.

Who are some other Asian and Pacific Islander entrepreneurs that have inspired you? Let us know in the comments.

Advice For Becoming A Successful DJ

Francis Maling is an NYC based creative with a background in restaurant hospitality and food service. 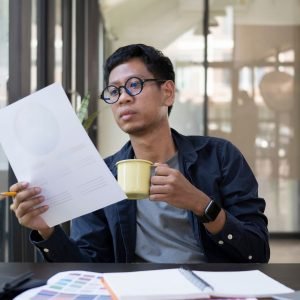 Getting Started as a Freelance Graphic Designer

Listen to this article now Are you toying with the idea of becoming a freelance graphic designer? Freelance work is...